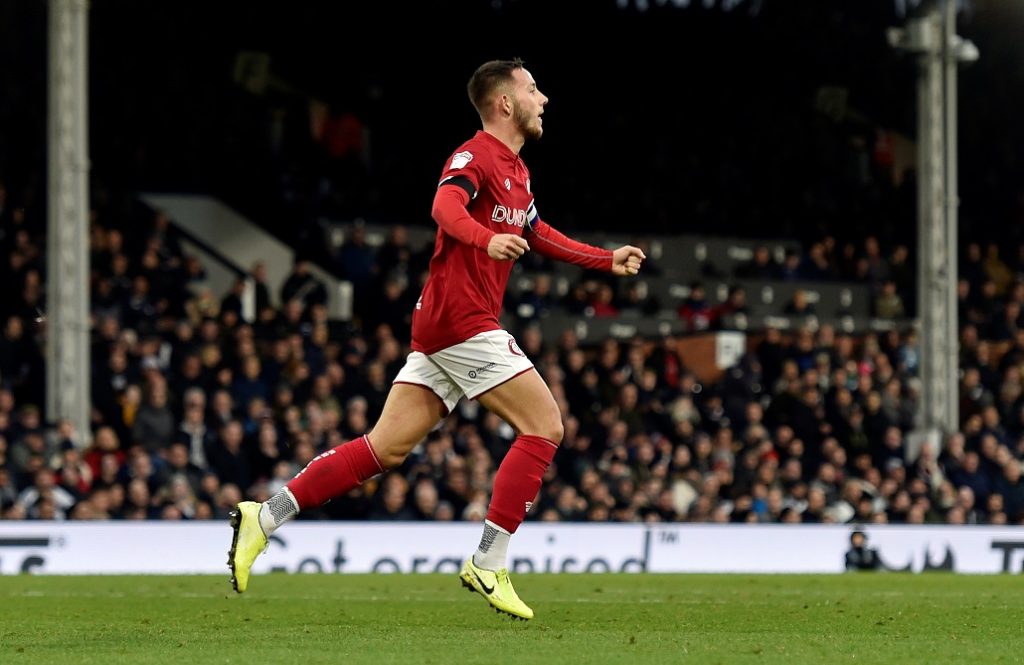 Burnley boss Sean Dyche has swooped in the transfer market and added midfielder Josh Brownhill from Bristol City to his squad for an undisclosed fee.

Dyche again played down the chance of anyone arriving in the transfer window over the past few weeks but all the while was moving behind the scenes to add to his side.

With just hours to go before the end of the transfer window, the club announced the 24-year-old has agreed a four-and-a-half-year contract at Turf Moor with the option to extend for a further 12 months.

Brownhill is manager Dyche’s first signing of the January transfer window but the 16th player he has added to his squad in mid-season.

With just three recognised central midfielders in his squad – having lost Steven Defour and loan signing Danny Drinkwater at different stages of the campaign – Dyche was keen to replenish the middle of the park.

Brownhill said: “It’s a really good feeling to be at Burnley. It’s a big football club with a great fanbase. Every time I’ve played here it’s been nice to play at Turf Moor and I’m really excited.

“I’ve always wanted to get to the top. It’s been mine and my family’s goal ever since I played football as a kid.

“I’m thankful to Burnley for giving me that opportunity and I am going to take it.”

Warrington-born Brownhill began his career at Preston before moving to the Robins in 2016, where he went on to play 161 times, scoring 17 goals and providing 12 assists.

Burnley forward Nahki Wells has headed in the opposite direction and signed a three-and-a-half year deal at Ashton Gate, again for an undisclosed fee after he was recalled form his loan at QPR in order for the move to be completed.