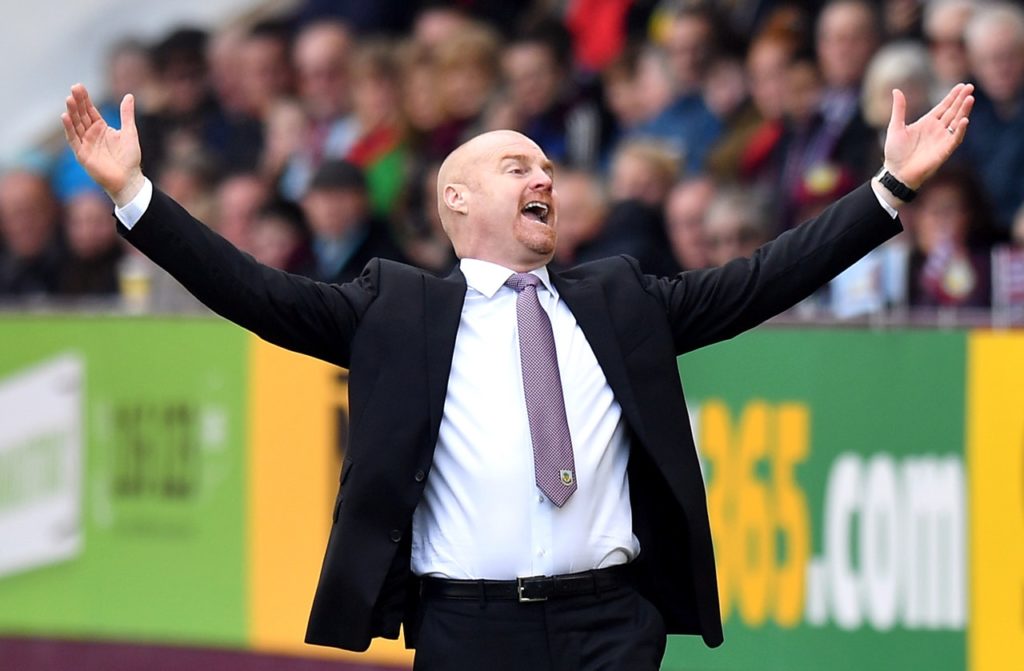 Sean Dyche sarcastically claimed it was "lovely to watch" Arsenal stars falling over to win free kicks against his Burnley side in Sunday's 0-0 Turf Moor draw.

Burnley committed eight fouls to Arsenal’s 11, according to the official statistics, but Dyche again appeared to voice his disapproval with one of his pet hates in modern football – simulation.

The Clarets boss, who slammed Arsenal’s players for ‘diving’ in his side’s 2-1 defeat at the Emirates last August, was moved to comment on the topic again after the final whistle.

He told Sky Sports: “It is lovely to watch when people are falling over, it is my favourite part. The game is in a fantastic state. No-one wants to address it apart from me, so I am absolutely happy with the state of the game.”

Burnley fans let David Luiz know what they thought about his “anti-football” comments about the Clarets when playing for Chelsea last season as they booed the Brazilian throughout the game and there were a number of tasty challenges made during the clash.

Arsenal boss Mikel Arteta insisted the long grass and a dry pitch had played a crucial role in preventing his side playing their normal game.

Indicating a couple of inches, Arteta said: “The conditions were difficult – the grass was this long and they didn’t put any water on it, and that’s not a very helpful thing to play football.”

Bukayo Saka was in a lot of pain when he made his way to the team bus at full-time. Obviously it’s still too early for assessment but fair to say he took a battering.

All the more galling then that Dyche talks about Arsenal players “falling over” when they’ve been battered.

When the two clubs met earlier this season, then Arsenal manager Unai Emery was believed to be upset with a member of Burnley’s coaching staff after he allegedly failed to shake his hand at full-time.

In reply to a question about that Dyche told talkSPORT: “I have no clue about that. If you want to talk about disrespect let’s concentrate on the bigger picture of football – and nothing to do with Arsenal.

“There were people falling all over the place today. I went to a Premier League meeting recently, I learned the maximum that can happen for absolute cheating, even with VAR, is a yellow card.”

Sunday’s result sees both sides move up a place in the Premier League table as they remain locked together on 31 points.