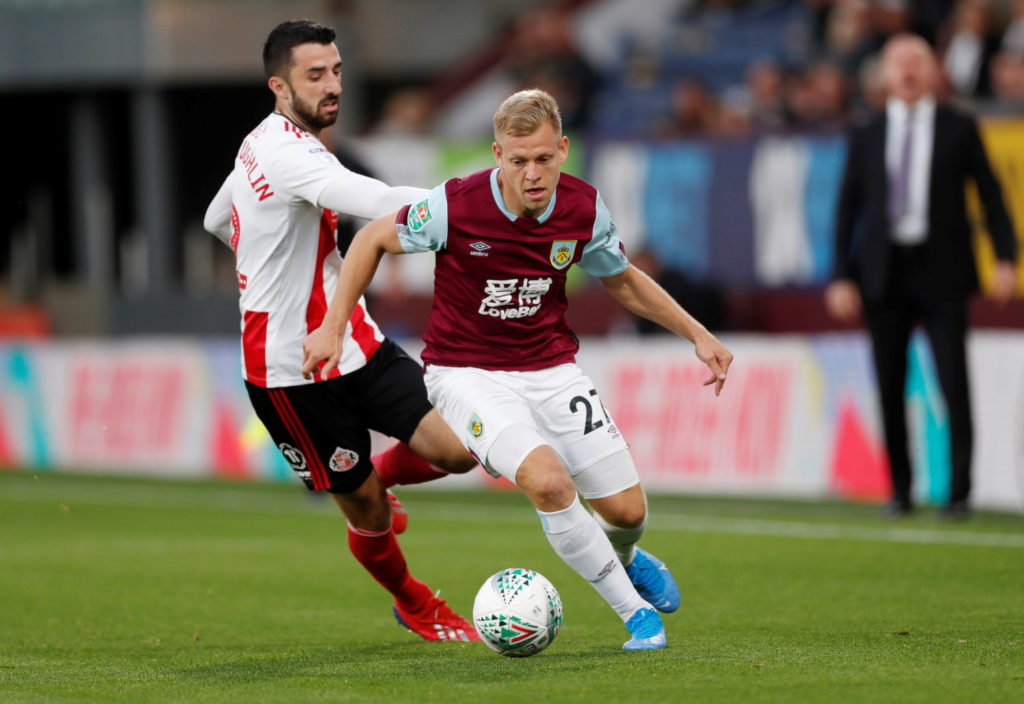 Vydra has found life difficult since leaving Derby for Burnley on a three-year deal in the summer of 2018.

The Czech striker had attracted interest from several Premier League clubs after finishing the 2017-18 campaign as the top scorer in the Championship, hitting 21 goals.

Burnley, who had signed 2016-17 top scorer Chris Wood from Leeds United the previous summer, won the race for Vydra as they looked to boost their survival hopes.

But Vydra failed to force his way into Sean Dyche’s plans, starting just three Premier League games and making a further 10 appearances from the bench.

Wood, Sam Vokes and Ashley Barnes were preferred by Dyche as the Clarets finished 15th in the Premier League.

Vydra would have been hoping for opportunities this season, however, he has only been handed 100 minutes of top-flight football with 25 games already played.

It’s no surprise that the 27-year-old was angling for a move away from Turf Moor last month but Burnley refused to let him leave.

His agent insists Vydra wasn’t short of admirers with Aston Villa, Rangers and a couple of Russian clubs keen to take him on board.

Chovanec told Sport24: “Russian clubs are showing interest in Matej. But he also had offers from Rangers, Aston Villa and one major Ukrainian club. However, Burnley decided to keep him in the squad. They are short of strikers and that was the reason.”

The frontman doesn’t appear to have a long-term future in Lancashire with Chovanec admitted his client needs regular football ahead of Euro 2020.

He added: “He still wants to leave. He wants to move to a club where he can show his qualities. He wants to play regularly ahead of Euro 2020.”