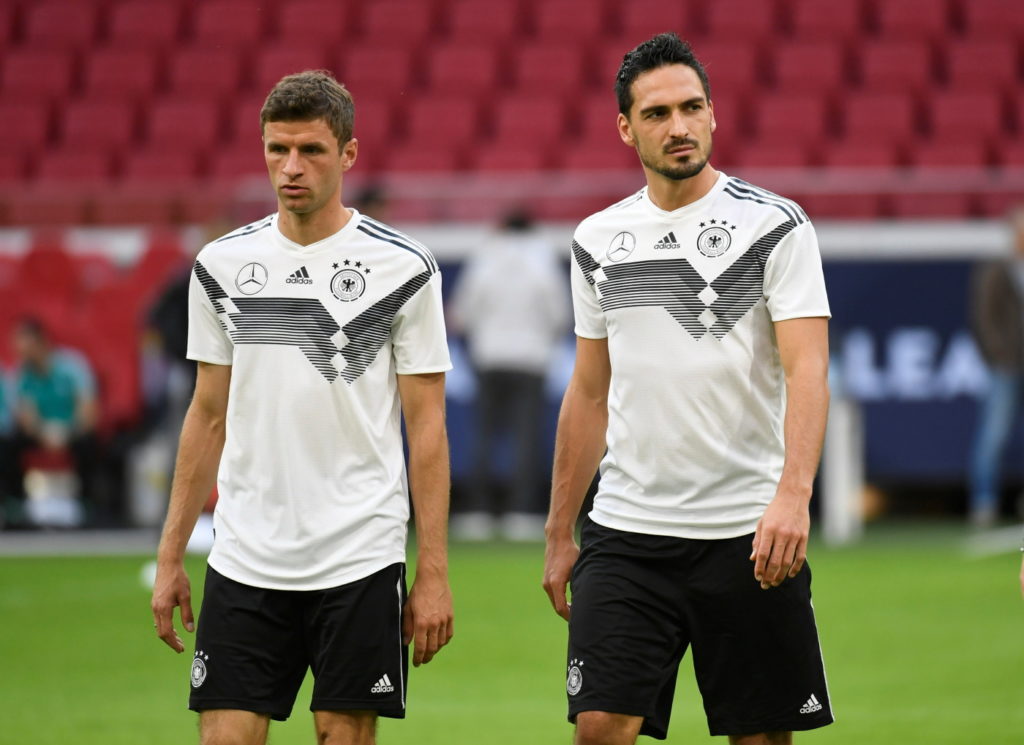 Germany boss Joachim Low has confirmed he would be open to recalling Thomas Muller and Mats Hummels to his squad for Euro 2020.

Bayern Munich forward Muller and Borussia Dortmund centre-back Hummels have hardly featured in Low’s set-up since Germany’s failure to get out of their group at the 2018 World Cup, with the coach confirming in

March last year that he had no plans to recall either man or fellow senior player Jerome Boateng.

However, he appears to have softened his stance regarding Muller and Hummels, who have both been in good form for their club sides.

Muller has scored five goals in his last eight Bundesliga appearances and appears to be back to his best under Hansi Flick, who was appointed Bayern coach in November, while Hummels has also been flourishing

Low has certainly been impressed by the renaissance of both players and admits there is a possibility they could earn a recall for this summer’s European Championship.

“I still know what they can do and both are having strong performances this season,” he told Bild. “I can rely on them as a possible option if we had problems shortly before the European Championships. But it is now too early to answer questions that have not yet been asked.”

Muller and Hummels would certainly add plenty of experience to a Germany squad that has been revamped somewhat since the World Cup.

Forward Muller has averaged over a goal every three games for his country, scoring 38 in 100 appearances since making his debut in 2010, while Hummels has featured 70 times after making his international bow in the same year.