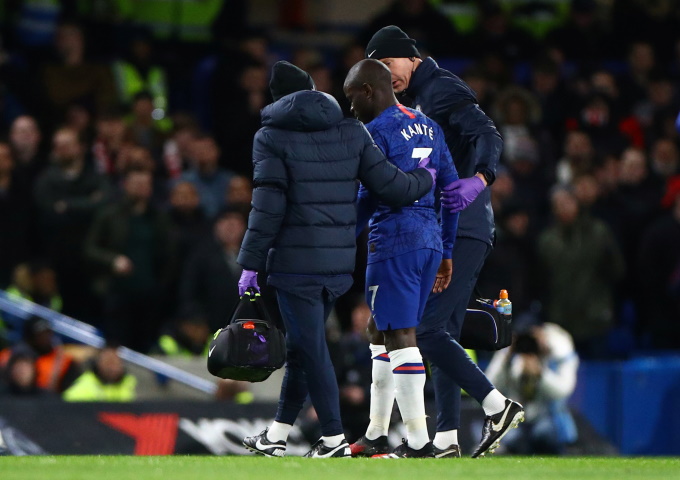 The Blues slipped to a 2-0 home defeat against the Reds, and just to make matters worse, the France midfielder is heading for the treatment room.

Chelsea boss Frank Lampard says the injury still needs to be fully assessed, but speaking to the media after the game admitted it ‘does not look great’.

Everyone will now be keeping their fingers crossed for good news and injuries are the last thing that Chelsea need as they hang on to fourth spot in the Premier League by their fingernails.

Chelsea have now lost nine league matches and Tottenham would leapfrog them into the top four with a win at Stamford Bridge on Saturday.

Frank Lampard's thoughts on the game coming next… #CHEMUN pic.twitter.com/hLA01VN4TR

But Lampard refused to consider any regrets about Chelsea failing to strengthen their Premier League top-four bid in the January transfer window, despite the lack of another striker looking like it may come back to bite them.

“I honestly don’t want to talk about the window because it affects nothing now,” said Lampard. “The reality is in what we see in front of us. Every week we look at the stats and it’s very clear we make as many chances as anyone else bar Liverpool.

“I don’t want to talk about regrets, the window is past now.”

Lampard preferred to point to the fact that Chelsea remain in the top four, and their bid to stay there is firmly in their own hands between now and the end of the season.

It was a tough night for Chelsea, who saw VAR decisions go against them as Anthony Martial and Harry Maguire scored the goals to wrap up a win for Ole Gunnar Solskjaer’s men.

The injury to Kante, just rubbed salt into the wounds.