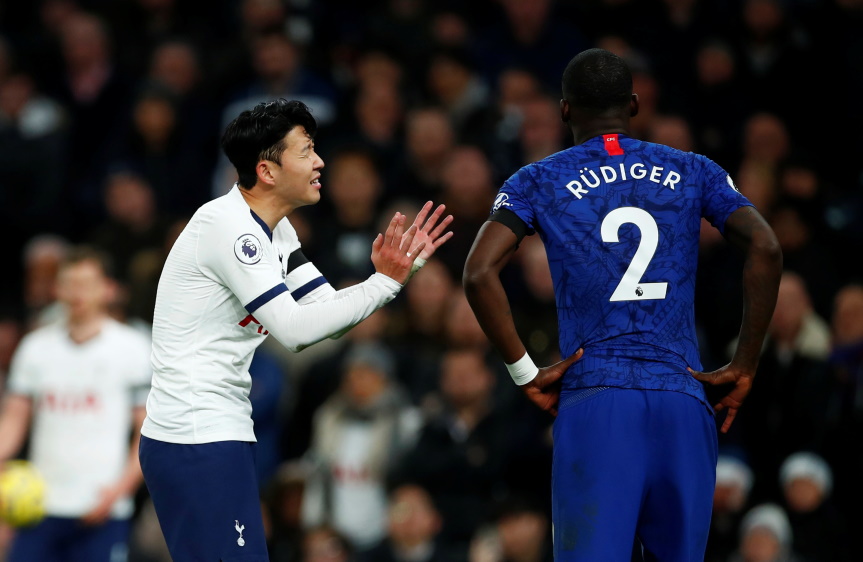 Chelsea star Antonio Rudiger says 'racism has won' after he was booed by Tottenham fans in his side's 2-1 Premier League victory on Saturday.

Rudiger spoke out after the game at Stamford Bridge in which he was constantly barracked by the away support.

The German defender claims to have heard monkey chants being directed at him when the two clubs met at the Tottenham Hotspur Stadium on December 22, which led to the Premier League’s anti-discrimination protocol going into operation for the first time.

Spurs and the Metropolitan Police conducted an investigation into the Chelsea star’s claims but no evidence was found to support accusations of racist abuse.

A total of six arrests were made following Chelsea’s 2-0 win last year, but none were linked to the incident involving Rudiger.

One Chelsea fan was arrested for a racially aggravated public order offence against Spurs forward Son Heung-min, who had been sent off after a collision with Rudiger.

“These people have won because they can go back to the stadium.

“They won’t be punished, and at the end of the day I am the villain.

“My child was born on Thursday. Where society is at today, it is likely that my child will suffer from it.” pic.twitter.com/KQSKSLH2OL

Tottenham released a statement in January that stated the club fully supported the action Rudiger took during the match, but a number of their fans chose to boo him whenever the ball came his way on Saturday.

Rudiger believes that the system has failed him.

“It shows that these people won because they can go back to the stadium. They won’t be punished and at the end of the day I’m the bogeyman.”

The ex-Roma defender says he will not give up his own fight against the racists or stop calling out what he perceives to be wrong and insists, while racism is an issue often highlighted in countries such as Italy and Bulgaria, the problem is far-reaching and is prevalent everywhere.

He added: “Everyone should look at their own house, because when I was racially insulted in Italy, I always heard: ‘In Italy this is normal.’ Everyone should start with themselves at home and then talk about others. No country has anything under control.”