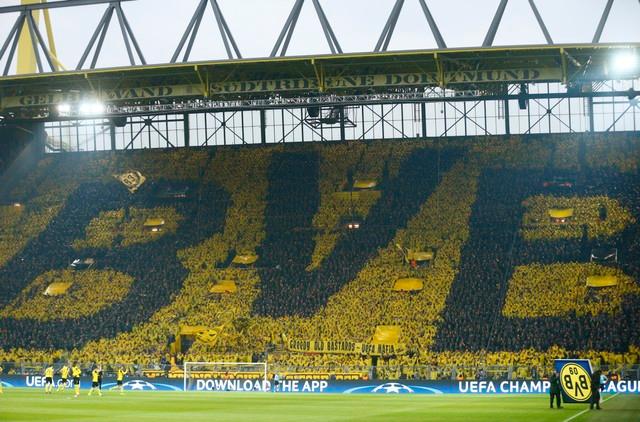 Chelsea look set to miss out on teenage Borussia Dortmund defender Nnamdi Collins, who has been promoted into first-team training by the Bundesliga club.

Chelsea were linked to Collins last week as it was reported that the Blues and Manchester City were set to go head to head for his signature in the summer.

The young defender has attracted interest from a number of top European clubs after some outstanding displays in the German youth leagues for Dortmund.

The 16-year-old has been a regular for Die Schwarzgelben’s under-17 side this term, making 20 appearances to date, but he is yet to sign professional terms with the Bundesliga club.

Bild newspaper reported that Chelsea were chasing the German youth international to bolster their academy, although the tabloid also stated that City led the way.

The two clubs have become major rivals for over

seas and domestic talent in the last few years and have dominated the FA Youth Cup and Under-18 Premier League between them.

And while City’s kids have had just as much success, few of them have made the step up to first-team level whereas Chelsea’s system has produced plenty of viable options for Frank Lampard, such as Tammy Abraham, Ruben Loftus-Cheek, Mason Mount, Callum Hudson-Odoi and Fikayo Tomori.

However, both clubs could be set to miss out on Collins because Dortmund have been pulling out all the stops to persuade him to stay.

The teenager was recently elevated to train with Lucien Favre’s first-team squad where he mixed it with the likes of Jadon Sancho and January capture Erling Braut Haaland.

Dortmund want to let Collins know that the pathway to the first-team is clearer at the Westfalenstadion that it would be at either Stamford Bridge or the Etihad Stadium.

He was back in the Under-17 side last weekend though as Dortmund drew 3-3 with FC Koln.