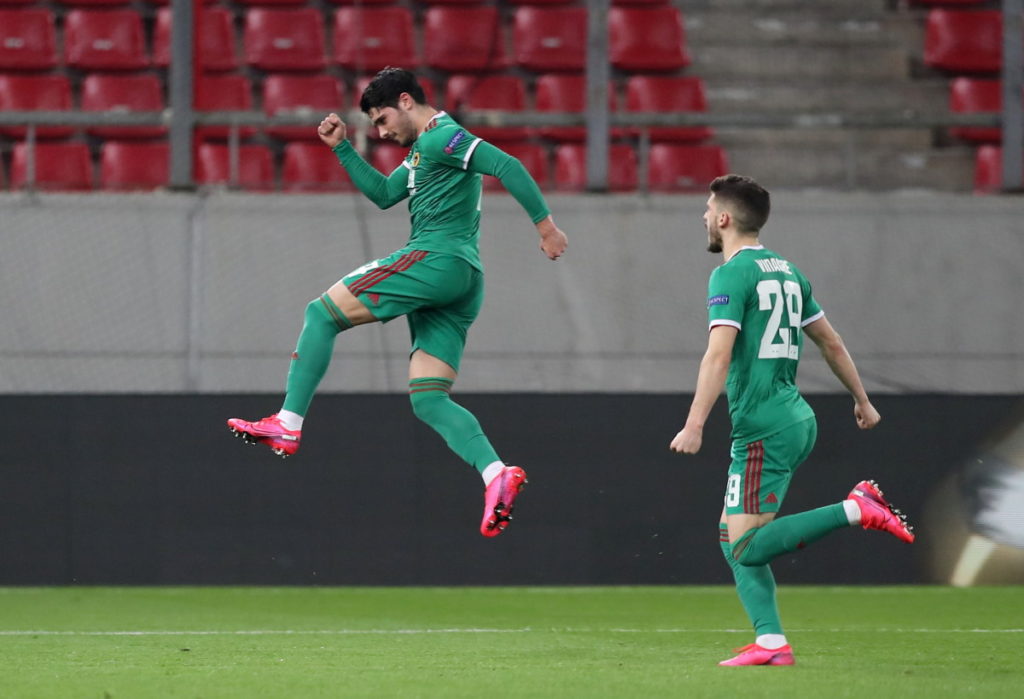 With the match being played behind closed doors at the Georgios Karaiskakis Stadium due to ongoing concerns over the coronavirus, the game took a while to get going and there was almost the feel of a training exercise rather than the first leg of a last 16 Europa League tie.

The hosts dominated possession without forcing any real openings but an early sending off changed the complexion of the encounter entirely.

Diogo Jota broke free and got the better of last man Ruben Semedo, who tried to make a challenge and then pull out but ended up tripping Jota before being shown a straight red card by referee Clement Turpin just before the half hour mark.

Wolves then started to control proceedings thanks to their numerical advantage but still chances were few and far between until Olympiacos took an unlikely lead early in the second half.

El Arabi, Olympiacos’ hero in the previous round against Arsenal, put the ball in the net but it was Guilherme who made the goal.

Mady Camara played in the Brazilian and he timed his run from deep perfectly to take out the Wolves defence. Guilherme raced into the area and his cross bypassed Rui Patricio, leaving El Arabi with an empty net to tap into.

That goal spurred Wolves into action and Raul Jimenez was denied from close range before Neto levelled matters on 67 minutes.

Neto was on target with a low driven free-kick that took a deflection as it somehow slipped through the Olympiacos wall, leaving keeper Jose Sa wrong footed and unable to adjust quickly enough to make a save.

Jimenez saw a headed effort saved and then forced another stop from Sa with 10 minutes remaining but Wolves had to settle for a 1-1 draw, although the Premier League club do have the advantage of an away goal ahead of the second leg at Molineux.