Pedro set for Stamford Bridge exit in the summer 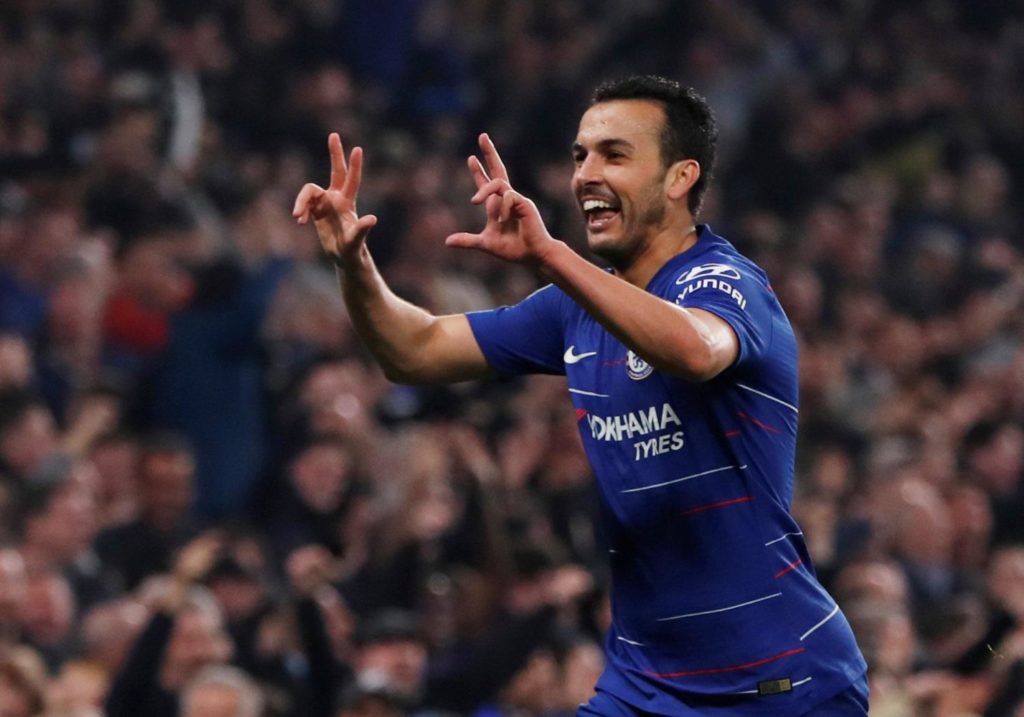 Chelsea midfielder Pedro has revealed that he will be leaving the club when his contract runs out in the summer.

It remains to be seen if Chelsea boss Frank Lampard will try and persuade him to stay with the club and offer him a new deal, but the 32 year-old appears to have made his mind up to leave.

The Spanish international joined the club back in 2015 when he signed from Barcelona for £21m and his contract runs out in June.

He will be on his way although he says he is in no rush to make any decision about where he will actually be going.

Pedro told Spanish radio station Cadena Ser: “I’m terminating my contract, but right now it’s not the most important thing, nor have I stopped to think about it.

“The most important thing is for everyone to show solidarity. Whatever happens regarding my future will happen, but right now it’s not important as we don’t even know when we will return to training.

“We have been in quarantine because one of our players (Hudson-Odoi) tested positive for coronavirus. He is now well and we are very happy for him.”

Pedro has confirmed via @La_SER that Chelsea will not be renewing his contract, and he will leave the club this summer.

An excellent 5 years at Chelsea – a brilliant professional who came up with some massive moments for the club. Gracias, @_Pedro17_. pic.twitter.com/cWOUvuYxko

Because of the travel restrictions in place due to the pandemic, Pedro has been unable to spend any time with his children and he has also not been able to get back to Spain.

But he has not forgotten about his home country and is reported to have paid for 3,000 protective screens for hospitals in Spain.

He said: “I am very sorry for everything that is happening and the news that comes to us from Spain.

“From here, I once again thank all the health personnel, the state security forces, the people who are in the supermarkets day-by-day. Thank you to everyone for the work you are doing.

“Hopefully, we can stop this virus.”