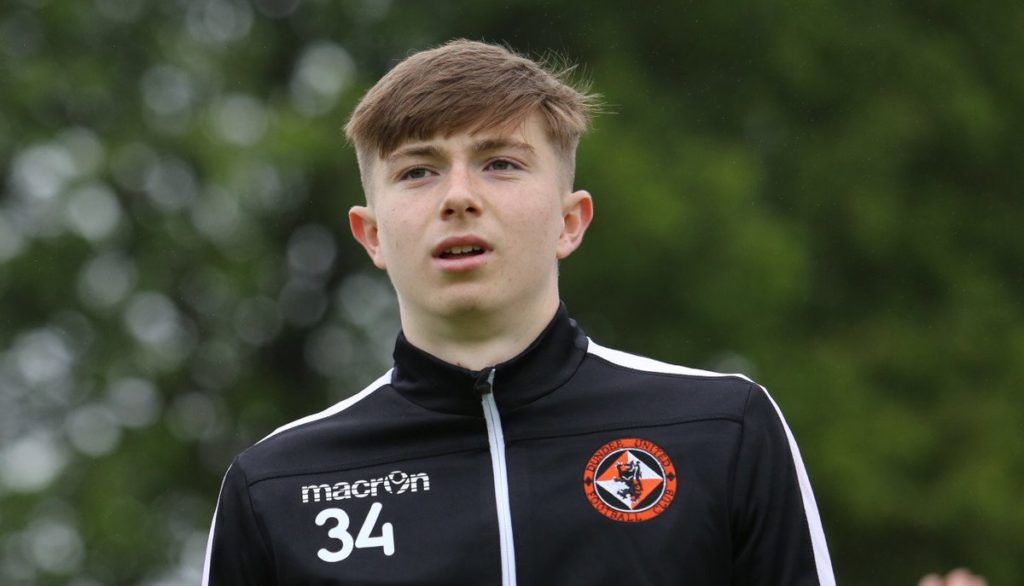 The 18-year-old was originally expected to move to Selhurst Park at the end of the season but has not played for the Tangerines since August due to his contract expiring in June.

Banks will now link up with Palace immediately, once the deal has received international clearance, and be part of their Under-23s after only making a small number of appearances in Scotland.

He burst on to the scene during a loan spell with Clyde last season and made his debut for United in July during a League Cup encounter with Hearts.

Further starts followed in the competition before he was introduced off the bench in the 4-1 win over Inverness in the Scottish Championship.

It would prove to be his last appearance for United and Banks – a Scotland Under-19 international – will now continue his development at Palace.

“There’s no bigger stage I’d want to play on [than the Premier League]. It’s a big step up coming from Scotland,” Banks told the official club website.

“When you hear about that interest, you want to pursue that and push myself to the highest level. It was a no-brainer that this was the place for me.”

Banks will hope to eventually earn a place in Roy Hodgson’s first-team squad but is likely to mainly feature for the Under-23s between now and the end of the season.

Palace boss Hodgson is keen to make more signings this month after already bringing in Everton striker Cenk Tosun on loan to bolster his attacking options.

The Eagles’ poor form continued on Wednesday when they went down 2-0 at home to Southampton, extending their run without a victory in the Premier League to five games.

Hodgson’s men are not in action this weekend after being knocked out of the FA Cup by Derby County earlier in the month.