Allan and Ancelotti after Everton reunion as link grows 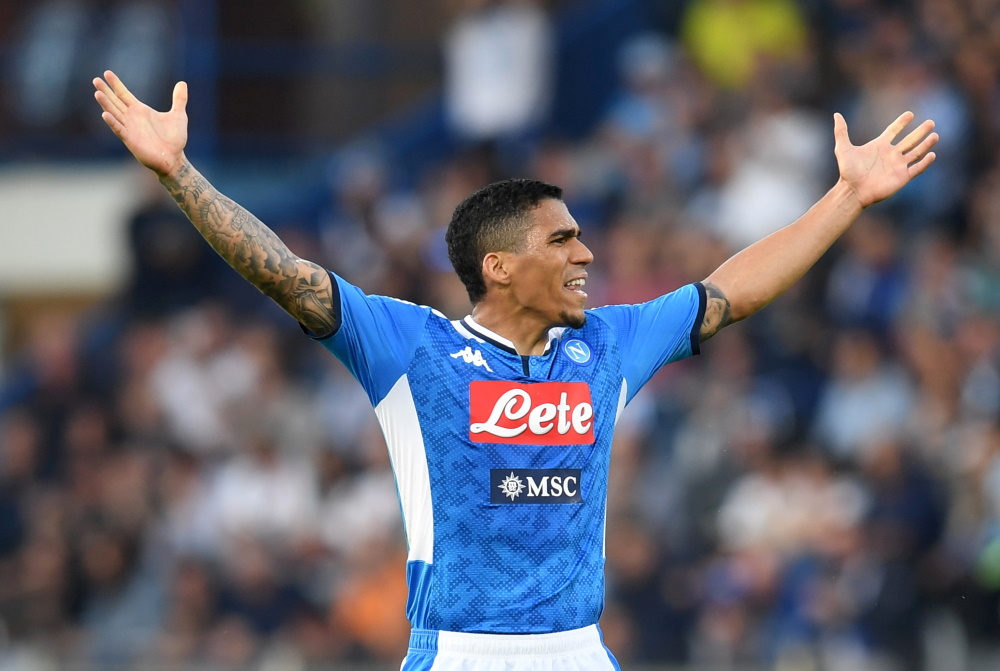 Carlo Ancelotti is hoping to arrange a reunion with Napoli midfielder Allan by bringing him to Everton, reports in Italy claim.

Ancelotti has been in situ at Goodison Park for a month and the Blues have so far only signed 17-year-old defender Jarrad Branthwaite from Carlisle in the January transfer window, with the teenager unlikely to be a first-team player in the second half of the campaign.

There seems to be a need for more reinforcements with the Toffees 11th in the table and Italian coach Ancelotti is being linked with several signings.

One of which is central midfielder Allan who Corriere dello Sport says is a top target for him before the window shuts at the end of the month.

The Brazilian, who has eight caps for his country, is believed to be unsettled in Naples and is keen on working under Ancelotti again, while he would apparently be interested in a switch to the Premier League to test himself.

The 29-year-old is under contract until June 2023 and has played 14 games in Serie A this season so if Everton are to try and land him in the next week-and-a-half they will have to stump up plenty of cash.

Allan has featured for the Partenopei in 199 games in all competitions, scoring 10 goals and adding 16 assists but will not play against Lazio in the Coppa Italia on Tuesday because of a muscle injury.

It is believed Ancelotti is looking at several transfer targets this month and he’s been linked with some high-profile signings like Real Madrid’s James Rodriguez, Juventus’ Adrien Rabiot and former Atletico Madrid winger Yannick Carrasco, who is currently with Dalian Yifang in China, while Gremio star Everton is also on the radar.