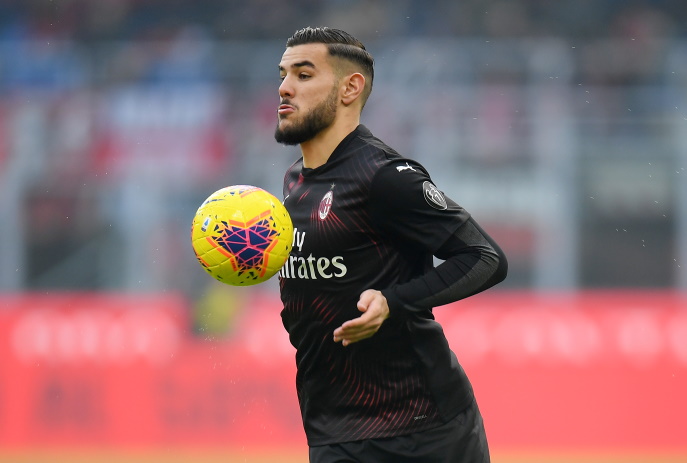 Despite AC Milan's problems on the field, the agent of star defender Theo Hernandez has dismissed talk that his client will be on the move this month.

The Frenchman only joined Milan last summer, moving from Real Madrid in a deal worth €20million, but has already made a big impact in Serie A with the San Siro giants.

Theo has featured in 16 of Milan’s 20 league games this term and has caught the eye with his performances at left back – scoring five goals.

A number of top European clubs are believed to have been keeping tabs on the 22-year-old, who started his career as part of the Atletico Madrid youth set up.

@Corriere: Theo Hernandez's price is 50m€. Half of Europe's teams want him in the summer, but his agent asserts, "He will stay in Milan, he is an ideal team for us."
-Y pic.twitter.com/A6kHoiK8Eg

There had been mounting talk that Milan’s number 19, whose father was a central defender with Atletico, Marseille and Rayo Vallecano, could move on during the current transfer window, while brother Lucas is a World Cup winner and plays for Bayern Munich.

With the Rossoneri currently sat in eighth and facing the prospect of missing out on European football again next term, rival clubs may feel now is the time to try and tempt away their star men.

But Manuel Garcia Quilon, the player’s representative, has dismissed talk of an imminent move for the France Under-20 international.

Speaking to the Corriere della Sera about the defender, the agent insisted: “He will stay where he is. Milan is the right place for him, Theo needs to grow and now he is in the ideal team to do so.”

Milan – who grabbed a dramatic late 3-2 win over Udinese on Sunday – are currently preparing for a weekend trip to Brescia, who are currently sat second from bottom in Serie A and 13 points behind Stefano Pioli’s men.