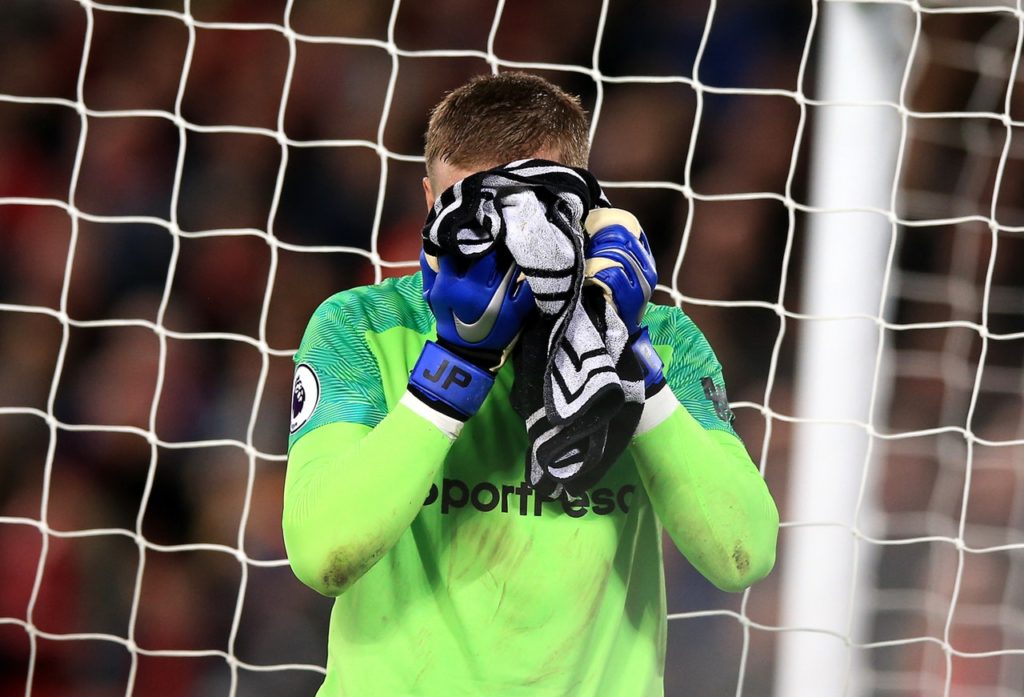 Dean Henderson and Nick Pope can scent the opportunity to usurp Jordan Pickford as England's number one but they are lacking in one key area - passing accuracy.

Pickford again came in for criticism following Everton’s 2-2 Premier League draw with Newcastle on Tuesday night, with supporters and members of the media arguing he should be more dominant in his box.

The ex-Sunderland stopper flapped at Matt Richie’s stoppage-time corner that led to Florian Lejeune’s first goal for the Magpies and then got in an awful mess for the equaliser moments later when he attempted to shovel the ball out of the net from behind the goal line.

Some will say that neither goal was directly down to Pickford but they are not isolated incidents this season as Everton have looked vulnerable at the back.

England’s first-choice goalkeeper for the past two years, Pickford has kept just six clean sheets this season and his form is best described as mixed.

He has conceded 35 times in 24 appearances this season and made one error that led directly to a goal, according to official Premier League statistics.

Tom Heaton’s season-ending injury means the Aston Villa keeper is out of the reckoning for Gareth Southgate’s Euro 2020 squad and leaves only two real rivals for Pickford’s number one status – Henderson and Pope.

Both goalkeepers have made high-profile penalty saves recently to push their claims, with Henderson earning plaudits for his display against Manchester City on Tuesday when he denied Gabriel Jesus from the spot.

The Sheffield United man, on a season-long loan from Manchester United, has let in just 20 goals in 23 games.

He has kept a league-high eight clean sheets this season and hardly had a bad game although he did make an unfortunate blunder in front of the watching Southgate when letting a shot slip though him to gift Liverpool a 1-0 win at Bramall Lane in September.

His confidence never seemed to suffer from that day and he looks likely to make the 23-man squad for the Euro 2020 finals, having been called-up as an injury replacement for Heaton in November.

Pope, who saved a Jamie Vardy penalty in Burnley’s 2-1 win over Leicester City last week, has shipped 38 goals in 23 games this season.

The 27-year-old has kept seven clean sheets, one more than Pickford, and made more saves (70) than his rivals (both 61).

However, he has made two errors leading to goals this season – one more than either of the others.

And, crucially for Southgate, Pickford remains head and shoulders above the other two in passing accuracy – which is vital to the style of football the Three Lions coach wants to play.