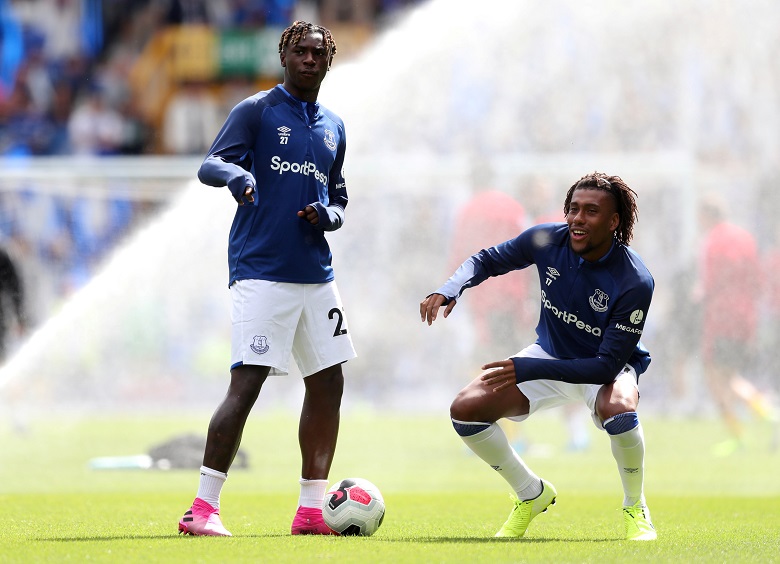 Everton winger Alex Iwobi says he is improving every day under Carlo Ancelotti's stewardship since his arrival in December.

The Italian has been working hard to improve the club’s fortunes after he was appointed on December 21.

Ancelotti signed a four-and-a-half-year contract at Goodison Park and the Toffees have only lost two games since his arrival.

The former AC Milan boss started his Everton career without a defeat in three and they have since rallied after defeats to Manchester City and Liverpool.

Three wins and two draws have given Everton a chance of qualifying for Europe next season and Ancelotti is helping certain members of the squad make a better impact.

Iwobi, Dominic Calvert-Lewin, Theo Walcott and Moise Kean have all improved in the final third, while Andre Gomes is also on his way back after suffering a leg break in November.

After signing for £27million in the summer, the pressure is on Iwobi but the Nigerian is confident the boss is helping him develop.

He told the club’s official website: “I have grown up playing on the left or as a number 10, and he has combined the two.

“It feels natural and I am comfortable in the system, it has been bringing the best from me in training.

“The way he [Ancelotti] tells me to come inside is helping my body position, so I receive the ball in a better place [on the field].

“He is helping me a lot and I am benefiting in training. I feel I am getting better every day with him.”

The former Arsenal forward signed a five-year contract when he left the Emirates Stadium. He has since made 21 appearances for Everton, scoring one goal in the Premier League.

Iwobi has seen the likes of Bernard and Walcott deliver the goods in recent weeks and has revealed he wants to join in on the act.

He could face his former club on Sunday and a win could see them climb into the top seven if results go their way.