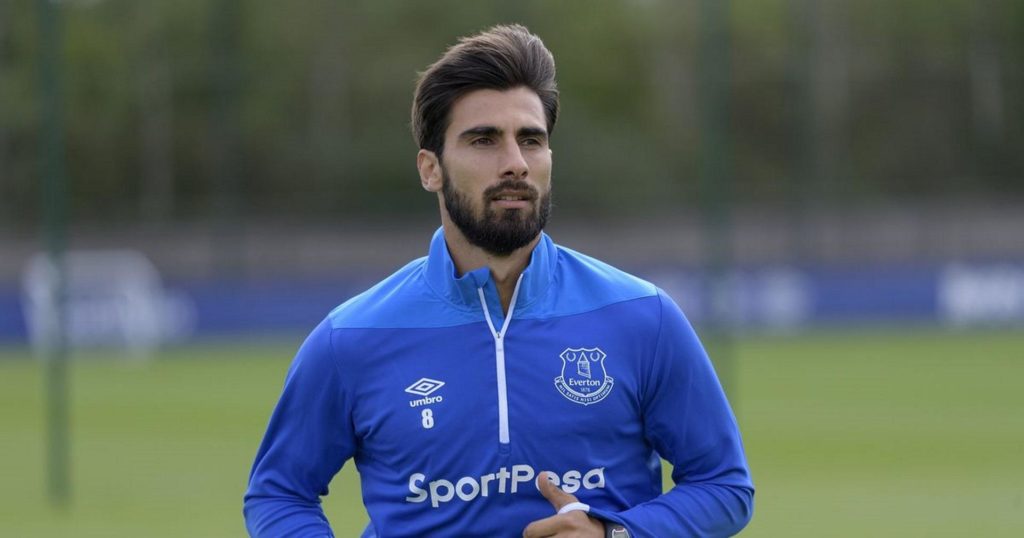 Carlo Ancelotti is set to welcome back Andre Gomes this weekend, as Everton look to make a statement in their push to qualify for Europe.

Portugese midfielder Gomes has been sidelined since early November after suffering a horrific ankle injury in the 1-1 draw with Tottenham at Goodison Park.

It’s been a long road back to recovery but the 26-year-old is back in contention at just the right time, as Everton smell the prospect of qualifying for Europe.

His absence has been strongly felt by a squad that looked wafer thin earlier in the campaign, but now appear as strong as any of the other teams around them in the table.

With Manchester City facing a European ban, pending an appeal, fifth place may be good enough for Champions League football and finishing in the top seven could see you clinch a place in the Europa League.

Everton are currently eighth and just four points outside the top five and the upcoming run of games gives Ancelotti hope that making the Champions League is not a pipe dream.

Some pundits have looked at the Blues’ upcoming fixtures and expressed their concerns for Everton, but it could quite easily go the other way.

Five of their next seven league games are against sides also battling to make it into Europe and a significant points haul from that run in February and March, would put them in the box seat.

It’s Arsenal away next for Ancelotti’s men, with Everton going into that game at the Emirates unbeaten in five and having collected five more points than the Gunners during that period of time.

After the trip to the Emirates, it’s a home clash with Manchester United. The Toffees have already picked up a draw at Old Trafford in the reverse fixture and thumped United 4-0 when the sides met at Goodison last season.

Add to that the fact that Ole Gunnar Solskjaer’s men have only won three times away from home (prior to Monday’s trip to Chelsea), Everton will fancy their chances of completing a league double over the Red Devils.

Then on March 8, it’s a trip to Stamford Bridge to face an inconsistent Chelsea side, who have had their problems on home soil.

Everton end the month of March with the Merseyside derby at Goodison and a trip to Carrow Road to face relegation threatened Norwich.

Then the first two games of April also look key to a potential top-six finish, as they face Leicester at home before a trip to Tottenham on April 11.

In the vain of form they find themselves in at present and considering the return of a key player like Gomes, Everton will be, behind closed doors, be fancying their chances of making a late surge.