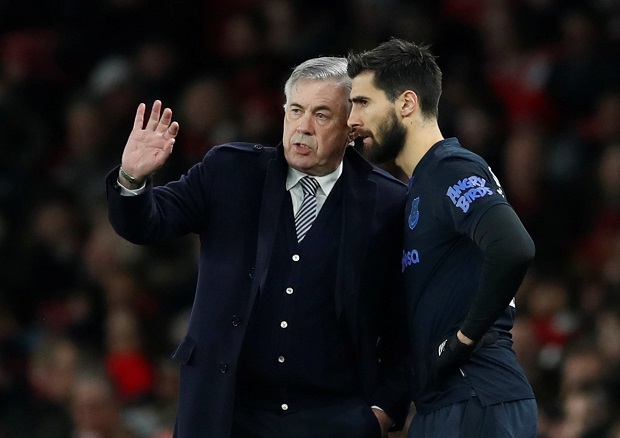 It was 15 months ago when Everton owner Farhad Moshiri stated that he wanted Everton to be challenging for the Premier League title.

At that stage, Everton were sitting in 11th and Moshiri clearly was upset with how things were panning out. Those expectations and hopes proved too much for Marco Silva, who ultimately lost his job in December with the Blues sat in 18th place.

Moshiri then looked for an experienced hand at the tiller, bringing in Carlo Ancelotti, as if to emphasise his aspirations for Everton heading into the next decade.

Rather than play down previous remarks about league titles and qualifying for the Champions League, the Italian has embraced the challenge and has reiterated his desire to achieve those goals at Goodison Park.

Let’s face it, Ancelotti has dealt with about as much pressure as a manager can face during his 25-year career in the dug-out, having managed some of the biggest clubs in Europe.

The 60-year-old has been in charge at Juventus, AC Milan, Chelsea, Paris Saint-Germain, Real Madrid and Bayern Munich to name a few – CV’s don’t get any better than that!

Add to that his time as a player with Roma, Milan and Italy and he clearly has all the credentials to help Everton get to where they want to be….but it is going to need a plan and patience.

The Everton board have promised to back the manager, who has won league titles in England, Germany, Italy and France, and he feels confident that will be the case.

Ancelotti insists qualifying for the Champions League can be achieved next season and that remains his main focus.

In a recent interview, Ancelotti said: “What I’m seeing now, the target (Champions League) is realistic. We have to improve the squad in the summer, of course, but I do think with some new players it is realistic.

“I wouldn’t say that if I didn’t feel we have a possibility to to do that. I think with two or three of the right players we can compete for the top places.”

Carlo Ancelotti could look to sign the next generation of Maldini.

Most Everton supporters will feel a top-class frontman is a priority during the close season, as the Toffees look to strengthen the spine of the team.

When arriving at Goodison Park, Ancelotti may have felt the squad would need a big remodelling job – he doesn’t seem to have those drastic plans now.

The likes of Mason Holgate and Dominic Calvert-Lewin have proven their worth in recent months and in the process, have earned themselves new long-term deals.

The manager has also been keen to point out that other young players will get their chance, with Beni Baningime and Anthony Gordon amongst those youngsters pushing their first-team claims.

But despite all the promise, with improved displays this year and youth progress, the right signings must be made this summer….and some standout and statement additions.

If you are going to persuade those big stars to join, you need an impressive figure at the helm….in Carlo Ancelotti, Everton certainly have that!