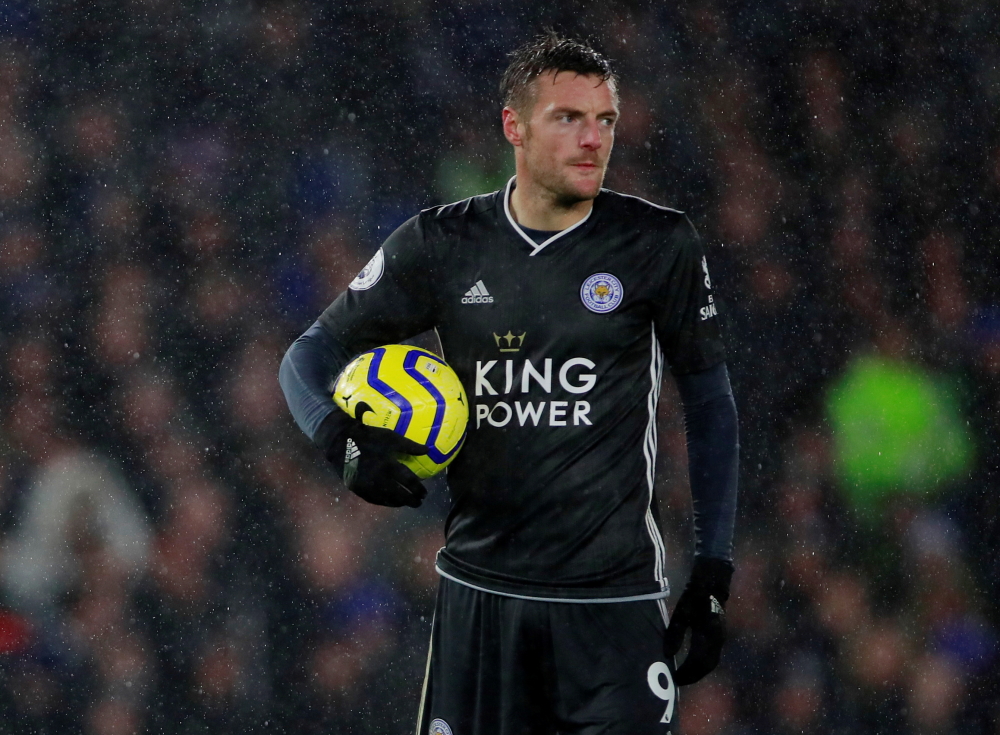 Leicester City striker Jamie Vardy is not contemplating coming out of international retirement to play for England in this summer's European Championships.

Vardy made the decision to hang up his international boots after the 2018 World Cup to focus purely on domestic football and it appears to have been the correct one.

Since walking away from the England set-up, the 33-year-old scored 18 Premier League goals in the 2018/19 campaign and he has nearly matched that total this season, notching 17 from 21 appearances.

The striker currently leads the top-flight’s scoring charts, two goals clear of Manchester City’s Sergio Aguero, and his impressive form has brought about rumours of a potential return for the Three Lions ahead of Euro 2020.

The race for the Golden Shoe as it stands ⚽️

With England captain Harry Kane ruled out for Spurs until April after rupturing a tendon in his hamstring on New Year’s Day, and Manchester United’s Marcus Rashford facing at least six weeks on the sidelines with a double stress fracture in his back, Gareth Southgate is low on options.

Chelsea striker Tammy Abraham, who has scored 13 Premier League goals this season, is likely to be relied upon for the March friendlies, while there are also reports Southampton’s Danny Ings and Everton’s Dominic Calvert-Lewin could be handed opportunities.

It has been suggested Southgate will look to tempt Vardy into an international return but with leading duo Kane and Rashford expected back for the European Championships, the Foxes talisman will reject the offer.

Playing second fiddle is not what the striker wants to do, and he will instead continue to focus solely on domestic football, with a potential League Cup final on the horizon for Leicester.

Brendan Rodgers’ men return to Premier League action on Wednesday when they welcome West Ham United to the King Power Stadium. The Foxes have lost their last two league games – going down to Southampton and Burnley – although they are still 11 points clear of fifth-placed Manchester United.