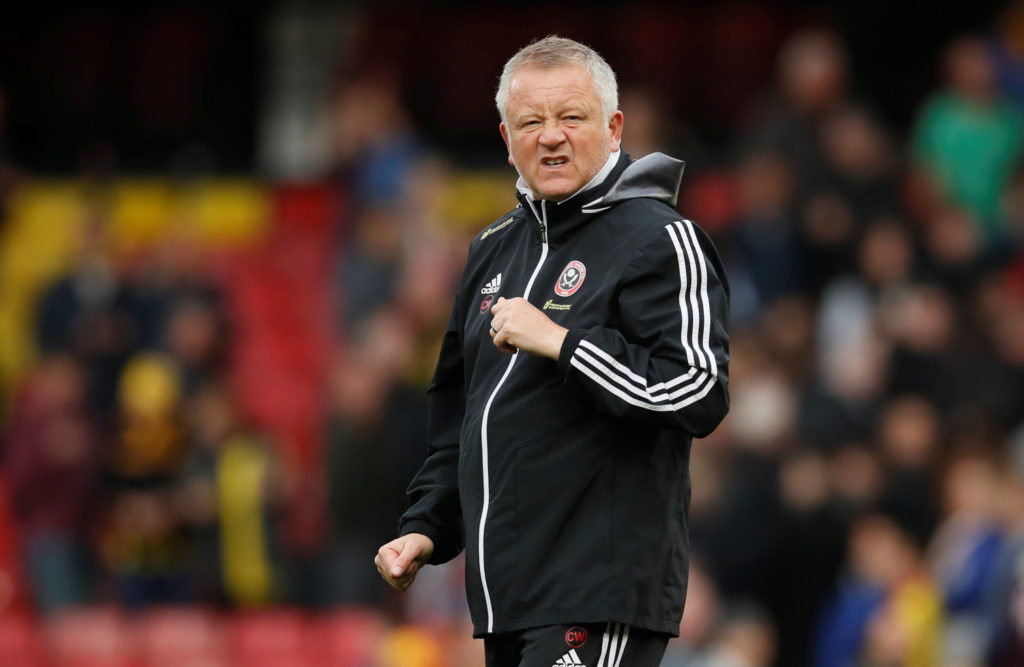 Chris Wilder is confident Sheffield United will have added "one or two" players to their squad within the next week.

Sheffield United are continuing to defy the odds in the Premier League this season, as Saturday’s 1-1 draw at Arsenal leaves Wilder’s side seventh in the standings, above the likes of the Gunners and Tottenham.

Wilder is keen to strike while the iron is hot during this month’s transfer window and midfielder Jack Rodwell has already arrived on a free.

However, the former Oxford boss is certainly not done in the transfer market and he has confirmed that he expects at least one new arrival to come through the door over the next few days.

“I believe we will get one or two in definitely in the next week,” Wilder told reporters ahead of Tuesday’s Premier League clash with Manchester City at Bramall Lane.

Wilder was giving nothing away regarding the identity of his transfer targets, although reports are continuing to circulate linking the Blades with a move for Nottingham Forest defender Jack Robinson, who would be brought in to provide cover for left-back Enda Stevens.

Speculation remains regarding the future of several of United’s own players this month, with captain Billy Sharp and midfielder Luke Freeman continuing to be linked with transfers, while Tottenham are believed to be showing an interest in defender Jack O’Connell.

Wilder does not want to see anyone else leave the club this month, however, as he has already sanctioned the departure of centre-back Richard Stearman, who joined Championship outfit Huddersfield on a free transfer.

“It is a moving market in terms of players coming in, I can’t say that any of my players might move on as well, even ones we don’t want to move on,” Wilder added.

“That’s how football is. So we always have to be ready and quickly react to any business that happens, whether its outs or ins.”