Firmino wants Liverpool to continue with mentality of champions 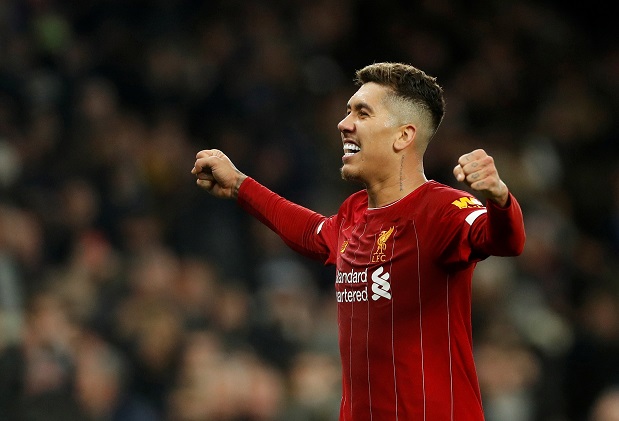 Roberto Firmino has urged Liverpool to continue with a "strong champions’ mentality” as they chase their first Premier League title.

The Reds have enjoyed a near-perfect season so far as they seek to win their first top-flight title since 1990.

Jurgen Klopp’s men are unbeaten in the Premier League after 21 games, only dropping points against Manchester United in the 1-1 draw at Old Trafford in October.

They are almost certainties to win the title as they sit 14 points clear of Manchester City in second with a game in hand.

Despite that, Firmino insists the reigning Champions League winners should not drift into complacency.

Ahead of the return meeting with Solskjaer’s United, the Brazilian forward, who has not registered a Premier League goal at Anfield this season, says Liverpool should learn from their experiences of last season and continue giving their all.

“Last year we hit the post in the Premier League, we were upset of course that we didn’t win,” he said. “We have a chance this season, it’s in our hands.

“We need to keep it up, working hard, following this path with our heads in the right place and a winning mentality. We’ll take things game by game and keep this strong champions’ mentality up until the end and see where it takes us.”

Liverpool’s season to date represents the best points total after 21 games in the history of the top five leagues.

Klopp’s team broke another record earlier this month after beating Sheffield United 2-0, by going an entire year unbeaten in the Premier League following a loss to Manchester City in January last year.

Liverpool are 38 games unbeaten in the Premier League, currently 11 shy of Arsenal’s record of 49 which was ended in October 2004.

Following the match against Manchester United on Sunday, Liverpool face a Premier League trip to Wolves next Thursday before travelling to face Shrewsbury in the fourth round of the FA Cup on Sunday.