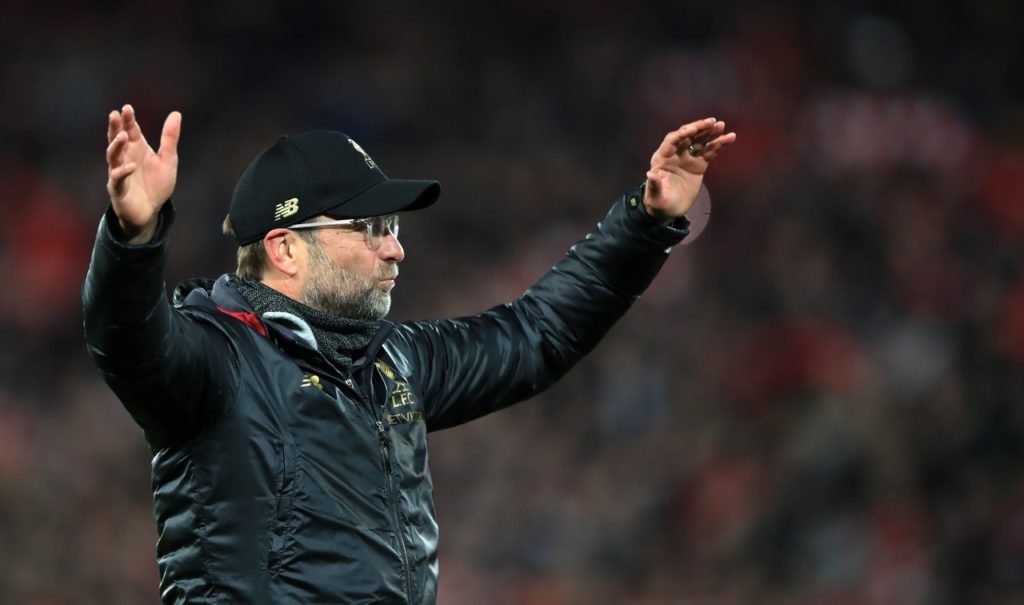 Liverpool boss Jurgen Klopp says he will risk the wrath of the FA and public opinion by fielding a youth team in their FA Cup replay with Shrewsbury.

Having conceded a two-goal lead to draw 2-2 at the Montgomery Waters Stadium, Klopp immediately said he would be respecting next month’s Premier League winter break and neither he nor his senior players would be present at Anfield for the return fixture.

Instead he will do what he did in December when there was a clash between their Club World Cup commitments in Qatar and a Carabao Cup quarter-final at Aston Villa and send out Under-23 manager Neil Critchley and his team of youngsters.

“In April 2019 we got a letter from the Premier League, I think, where they asked us to respect the winter break and not to organise international friendlies or competitive games. We respect that,” he said.

“So I said to the boys already two weeks ago that we will have a winter break which means we will not be there. It will be the kids who play that game. You cannot deal with us like nobody cares about it. I know that it’s not very popular but that’s the way I see it.

“The Premier League asked us to respect the winter break. That’s what we do. If the FA doesn’t respect that, then we cannot change it. We will not be there.”

Klopp offered his congratulations to @shrewsweb after they fought back to hold #LFC to a draw in the #EmiratesFACup fourth round, acknowledging his side were far from their best.https://t.co/E2lFHOPRia

The Liverpool first-team’s next outing comes on Wednesday when they look to extend their lead at the top of the Premier League table to 19 points against West Ham.

Those stars will then face Southampton on Saturday before a deserved rest and then return to action on February 15 away at Norwich City.

Liverpool’s academy stars will feature in the FA Cup replay on February 4.