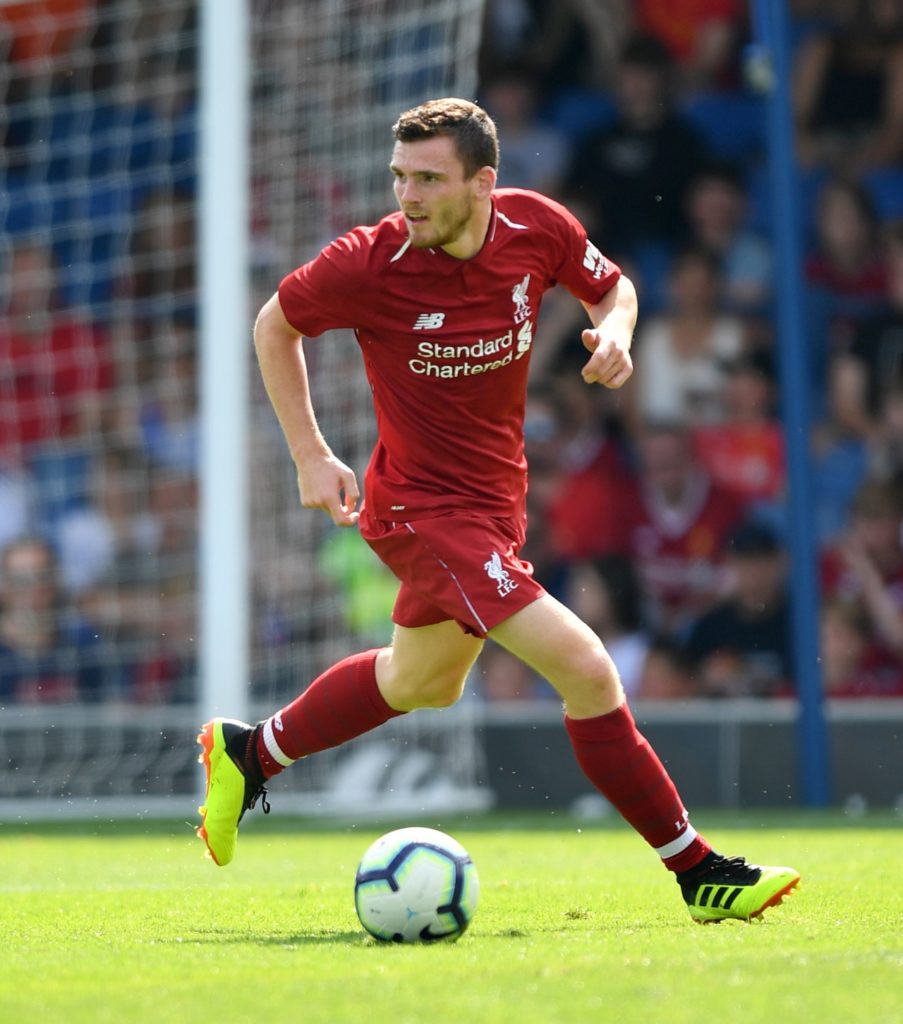 Andrew Robertson believes Liverpool’s youth players are the ones driving up standards with the Premier League frontrunners this season.

The Reds are well on course to secure their first league title of the Premier League era, as they sit 16 points clear of reigning champions Manchester City with a game in hand.

Boasting one of the most exciting attacking line-ups in Europe, the Champions League title holders have players that could start in any side on the globe.

However, Robertson feels the reasons for the team’s recent success runs deeper than just the players that take the field on a weekend.

The Scotland skipper Robertson has been full of praise for the teenagers coming through and says the youngsters are pushing first-team players hard for their starting roles.

“If we play 11 v 11, then the yellows (academy players), as they are, are causing us all sorts of problems and that’s why we are ready when it comes to Saturday or Sunday in the Premier League because we have faced very good opposition on the Friday in terms of trying stuff,” he said.

“They are playing against a successful team, but they hold their own. They’re excellent.

“Maybe people didn’t believe us, but when you see the young lads, such as Curtis and Harvey, they are pushing Mo Salah, they are pushing Jordan Henderson in these positions because they are really good and the manager has shown he’s not scared to blood them in big games.”

Liverpool’s youngsters will be looking to impress once again when they travel to Shrewsbury in the FA Cup on Sunday.

The Reds will look to extend their lead at the top of the Premier League table on Wednesday when they make the trip to the London Stadium to face West Ham United.