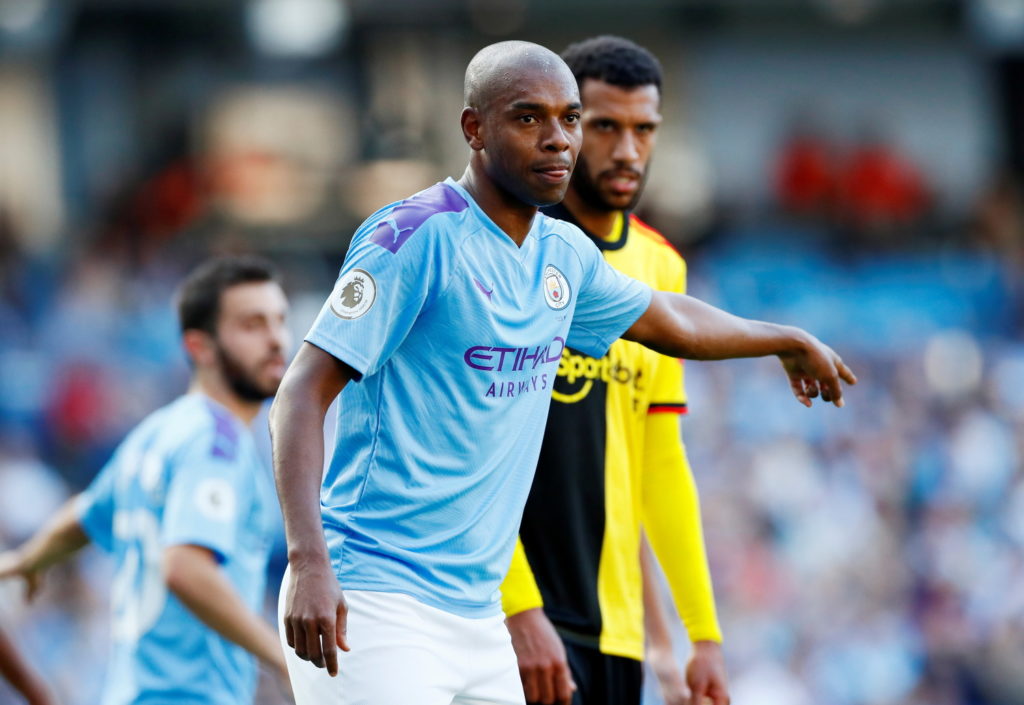 Manchester City midfielder Fernandinho is eager for more silverware after penning a new contract with the club until the summer of 2021.

Fernandinho’s current deal was due to expire at the end of the current season but his future has now been resolved after he signed a contract extension until the end of the 2020/21 campaign.

The Brazil international has been a key figure for the Citizens since arriving from Shakhtar Donetsk in 2013 and his importance to the team has been even more evident this term, with the midfielder filling in at centre-back due to injuries.

During his time at the Etihad Stadium, the 34-year-old has won three Premier League titles, four League Cups, one FA Cup and two Community Shields, in addition to raising the 2019 Copa America with the Selecao.

Sorting out Fernandinho’s future will come as a huge relief to Spanish manager Pep Guardiola, who was facing the prospect of trying to find a replacement in the summer.

Talking after his new deal was confirmed, the midfielder told the club’s official website: “My focus now is on making sure we continue to be successful. My time here has been decorated by silverware, but under Pep’s guidance we have really accelerated. I want that to carry on for as long as possible.”

City’s hopes of winning a third Premier League title are all but over this season as undefeated Liverpool sit 16 points clear of the defending champions, but the Citizens are still in the FA Cup, EFL Cup and Champions League as they aim for a treble of different sorts.

Guardiola’s men are in action on Wednesday when they take on rivals Manchester United in the EFL Cup semi-final second leg at the Etihad Stadium, with the hosts leading 3-1 from the first leg at Old Trafford, before City then head to the Tottenham Hotspur Stadium on Sunday to take on Spurs in the Premier League.