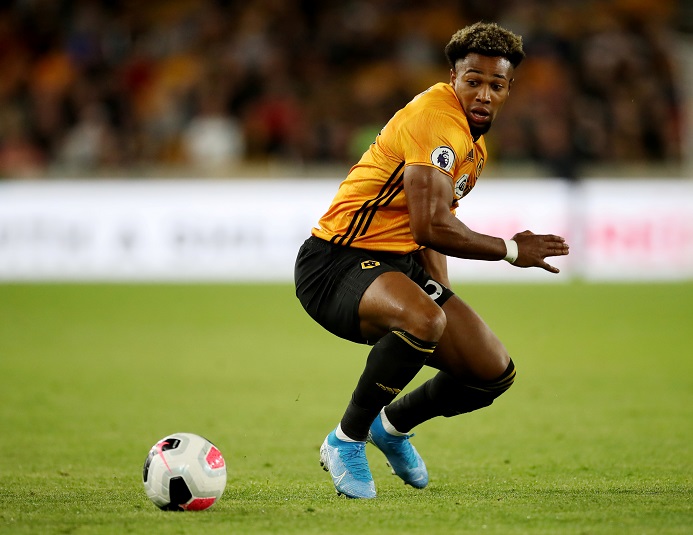 Wolves have placed a £75million asking price on Adama Traore's head in a bid to ward off interest from rival clubs.

The forward has been in fine form this season with five goals and seven assists in 30 appearances across all competitions. Traore’s pace means he is a threat against even the most accomplished of defenders, as he showed in Wolves’ recent 2-1 defeat to Liverpool as he provided the assist for Raul Jimenez’s goal and ran the leaders ragged at times in the second half.

Speaking after the match, Liverpool boss Jurgen Klopp branded the 24-year-old as “unplayable”, “unbelievable” and “so good”.

Despite defeat, we finished the final game of the year with great work by the whole team. We have to learn from it and continue to improve.

Somewhat predictably, those comments have led to speculation Liverpool could be tempted to test Wolves’ resolve  to keep him, but the Anfield outfit aren’t the only interested party.

Fellow Premier League big guns Manchester City, Manchester United, Tottenham and Chelsea have also been linked and Paris Saint-Germain are reportedly also keeping tabs on Traore. But Wolves have no intention of cashing in on the former Aston Villa and Middlesbrough man any time soon.

Reports claim Wolves have set an asking price of £75m and even though most, if not all, of his apparent suitors could match that figure, it is still enough to be a big stumbling block in the January transfer window.

The Molineux club are under no pressure to sell as Traore is under contract until 2023, and manager Nuno Espirito Santo is unlikely to sanction any January exits for his first-team regulars this season.

Wolves are still involved in the Europa League and are battling for European qualification in the Premier League, with a top-four finish and Champions League football next term still a possibility for Nuno’s men.

It seems highly unlikely Traore will exit Wolves in the mid-season window unless a huge bid comes in, although if he maintains his form for the remainder of the campaign the speculation surrounding his future will gather pace as the summer window approaches.