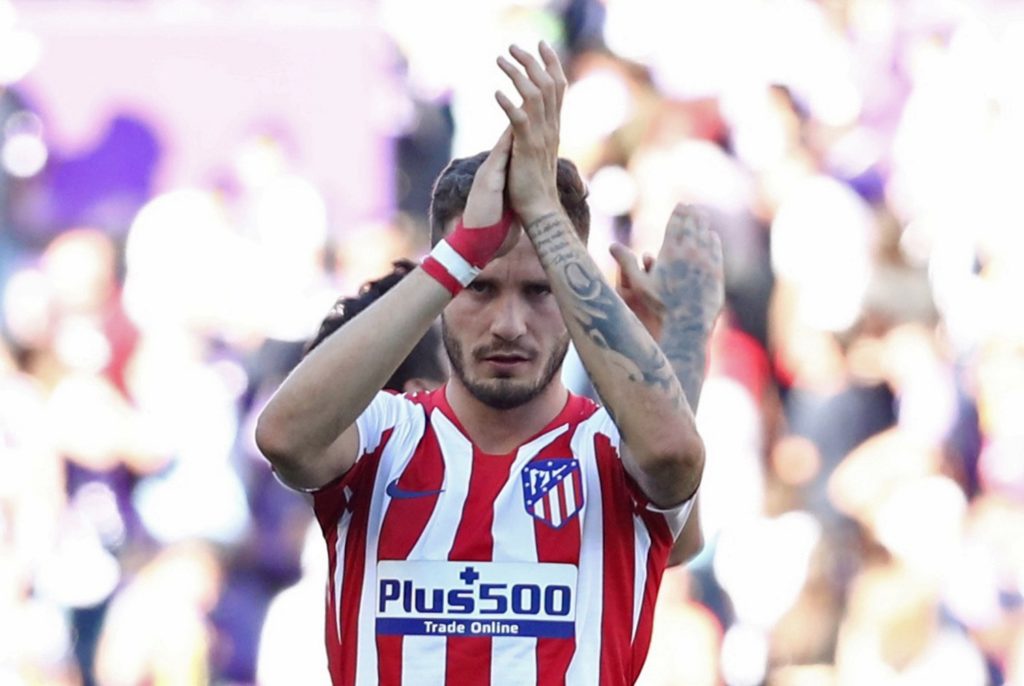 Etihad scouts made a personal check on Atletico Madrid midfielder Saul Niguez in the recent Champions League triumph over Liverpool, according to Spanish media.

Manchester City boss Pep Guardiola is a known admirer of the player and his trusted spies were reportedly at Anfield to run the rule over Niguez.

The Spain international has long been perceived as an ‘untouchable’ at the Wanda stadium as he penned a nine-year contract in 2017 which also comes with an incredible £150m buyout clause.

Niguez, however, is reportedly seeking an improvement to his existing £115,000-per-week wages and Atletico are not playing ball at present.

There is also the significant matter of super agent Jorge Mendes having a 40 per stake in his economic rights, according to the Football Leaks website.

Spanish newspaper Mundo Deportivo states City and rivals Manchester United have made it known they want to be kept updated on the ongoing impasse.

And City are understood to have sent a two-man delegation to watch Niguez in action on Merseyside, adding to the belief Guardiola is trying to steal a match on his rivals.

Atletico were left cursing last year after the Citizens triggered the £62m release clause of midfielder Rodrigo despite offering their academy graduate a new deal.

The La Liga outfit are in a far stronger position on Niguez because of the huge amount of money it would take to spirit him away from the Spanish capital – even before improved wages are discussed.

Atletico, though, will still be concerned enough by the likes of City taking an interest in how their man fared against Jurgen Klopp’s outfit.

Timing will be key to any potential deal, with the dates of the summer transfer window up in the air due to the current situation and it may be that any mega deals are put on the back burner until things return to normal – however long that takes.