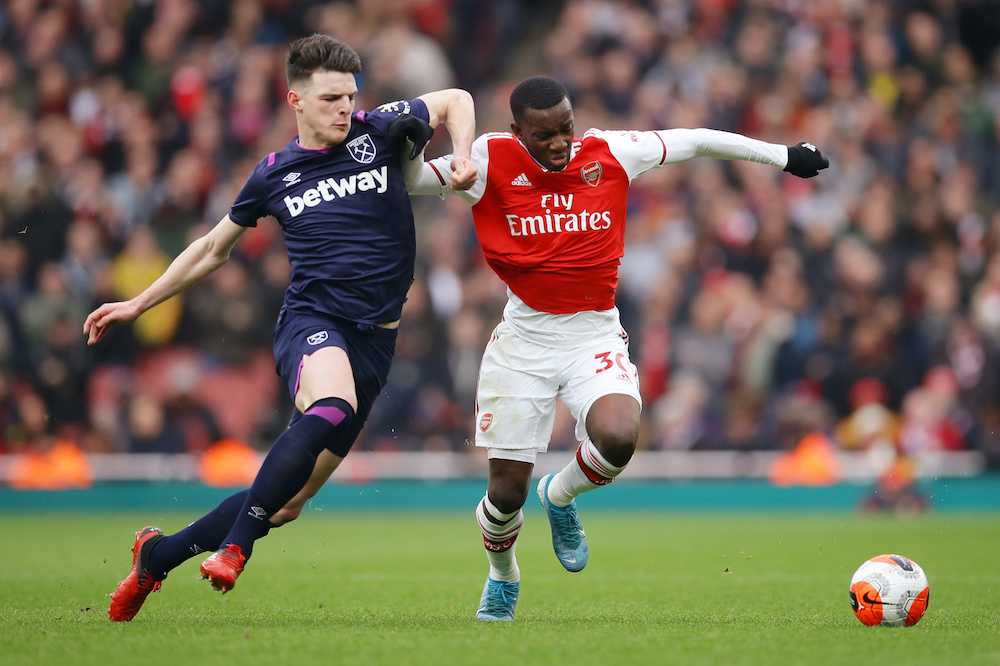 West Ham look set to face a major battle to keep hold of star midfielder Declan Rice in the summer with Chelsea said to be keen.

The 21-year-old has established himself as one of the best holding midfielders in the country, leading to some envious glances from the Hammers rivals, with Rice managing to stand out in what has been a poor season to date for the Irons.

Rice has been on the radar of a few clubs in the past, with both Manchester giants said to be ready to make a move, as well as the big two in north London being linked.

Now Chelsea have apparently joined the list of suitors and that could spell big trouble for the Hammers, who are keen to keep him and build a side around the England international.

Rice was released by Chelsea as a youth player and is still great friends with Blues midfielder Mason Mount as they used to play in the academy together at Stamford Bridge. The duo have also impressed alongside each other for Gareth Southgate’s England side.

The speculation is that Mount could persuade his friend to move from east to west London but it would not be a cheap deal.

That’s what the papers are saying.

West Ham are in no rush to sell and the player himself has over four years to run on his present deal at the London Stadium so it would take a massive fee for them to let him go.

All bets would be off though if the Hammers failed in their efforts to stay in the Premier League as relegation would almost certainly see Rice lead a procession of players out of the club.