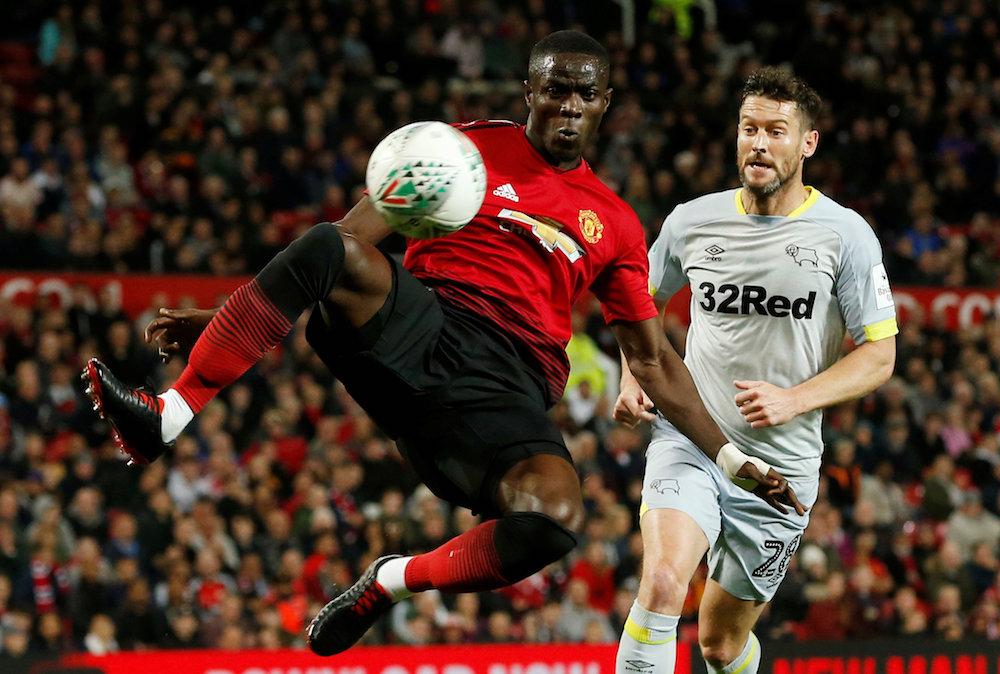 The Manchester United central defender played an hour in the Under-23s victory over Newcastle United last Friday, suffering no reaction since then.

Bailly sustained a serious medial knee ligament injury against Tottenham Hotspur in pre-season and has impressed his doctors by returning to action ahead of schedule.

The Ivory Coast international is back in full training and boss Ole Gunnar Solskjaer has been told the powerful 25-year-old has a decent chance of being available for the weekend trip to take on Jurgen Klopp’s table-toppers.

Bailly is desperate to be involved but United’s conditioning staff are being especially cautious with a player who has suffered cruel luck with injuries ever since he first arrived.

The former Villarreal man has managed just 73 appearances since he moved to the Theatre of Dreams from La Liga back in 2016 for £28m.

He is out of contract this summer, but United are shortly expected to take up their option of extending Bailly’s stay for a further two years to protect their original investment, if nothing else.

Solskjaer feels the player still has much to offer if he can stay out of the treatment room, with the Red Devils currently sat five points behind fourth-placed Chelsea in the Premier League.

Bailly will be closely monitored during the next 48 hours but has told some of his team-mates he is scheduled to take part in the final training session of the week on Saturday morning.

That would indicate Solskjaer possibly has him in the tactical equation against the runaway Premier League leaders.

United are still the only team this term to have taken points from the Kopites, when the two fierce adversaries played out a 1-1 draw at the Theatre of Dreams back in October of last year.