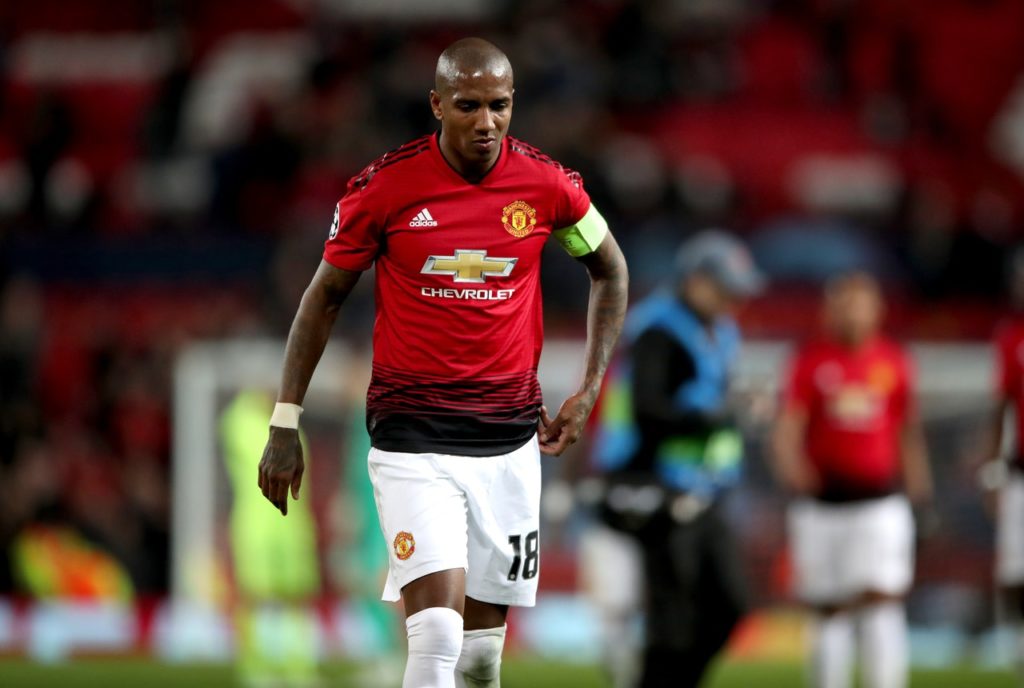 Manchester United have agreed a £1.5m deal to sell Ashley Young to Inter Milan, which is likely to force Ole Gunnar Solskjaer's hand in the transfer market.

United had made it clear that they wanted to keep the former England international, after offering Young a new one-year contract to remain at Old Trafford.

But the 34-year-old rejected the deal on the table and seems keen to try his luck abroad as he moves into the final few years of his career.

Inter boss Antonio Conte has been a long-term admirer of the versatile Young, who he tried to buy during his time in charge of Chelsea.

The former Aston Villa and Watford man, who has been with United since 2011, only has six months left on his current contract but felt it would be ‘disrespectful’ to leave the club for free in the summer.

So Inter, who are looking to win the Serie A title for the first time in 10 years, have managed to reach an agreement with Old Trafford officials to complete the deal during the January transfer window.

Young will fly to Italy on Friday to undergo a medical and, if all goes according to plan on the fitness front, is expected to be an Inter player by the weekend – with the Milan giants understood to be offering him an 18-month contract.

Having only made 10 appearances so far this season, the veteran will hope to get more game time and his first match could be at the San Siro against Cagliari next Sunday.

But where does this deal leave Man Utd?

Someone of Young’s versatility is always difficult to replace and Solskjaer is likely to want cover to bolster his defensive options, especially when you consider the injury problems they have suffered with this term.

With 15 days of the transfer window remaining, United’s hierarchy will be looking to tie up any potential in-comings in a hurry.

There has been some criticism of how some people perceive Solskjaer’s lack of authority when it comes to persuading Ed Woodward to bring in new faces. But the Norwegian rejects that and insists that all parties at Old Trafford are singing from the same hymn sheet.