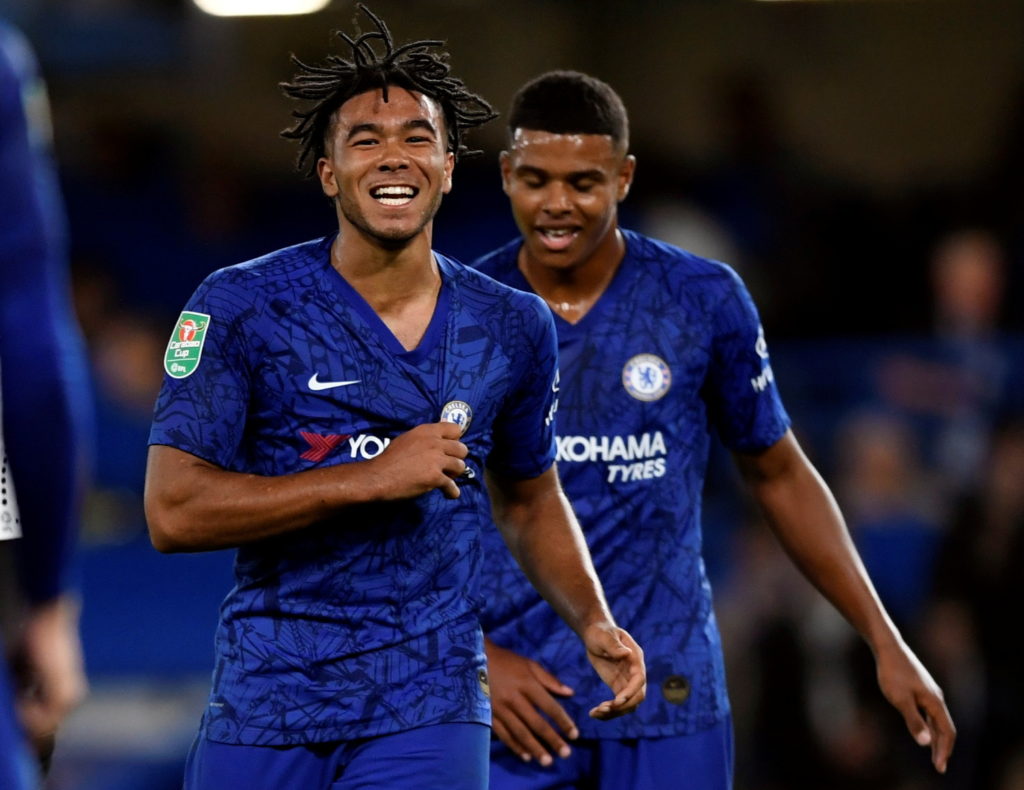 Chelsea have confirmed right-back Reece James has signed a new deal at the club until the summer of 2025.

The 20-year-old has enjoyed a breakthrough campaign in west London, having spent last season in the Championship with Wigan Athletic.

James made 45 appearances for the Latics under Paul Cook, and he has since returned to London and impressed Blues coach Frank Lampard.

The Redbridge-born ace joined Chelsea at the age of six, and he signed his first professional deal with the club in March 2017.

He made his debut this season in September 2019, scoring one goal and grabbing two assists in the 7-1 win over Grimsby Town in the EFL Cup.

James, who has represented England from Under-18 level through to the Under-21s, has made 11 appearances in the Premier League so far this season.

He and the likes of Fikayo Tomori, Mason Mount and Tammy Abraham have all excelled under Lampard, and James says he cannot wait to see what the future holds.

“It has been my dream to be here at Chelsea and play week in week out and to have a contract for another five-and-a-half years is living the dream again,” he told the Chelsea official website.

“I have always wanted to be here and another five-and-a-half years means a lot to me and a lot to my family.”

James has helped Chelsea move into top-four contention, and Lampard’s men are unbeaten in their last four matches.

Since December’s 2-1 win over Arsenal, Chelsea have since been held to a 1-1 draw by Brighton, while they proved too much for Nottingham Forest and Burnley.

In the 3-0 win over Burnley, James grabbed an assist for Abraham’s goal, and he will be hoping to play his part against Newcastle United on Saturday evening.