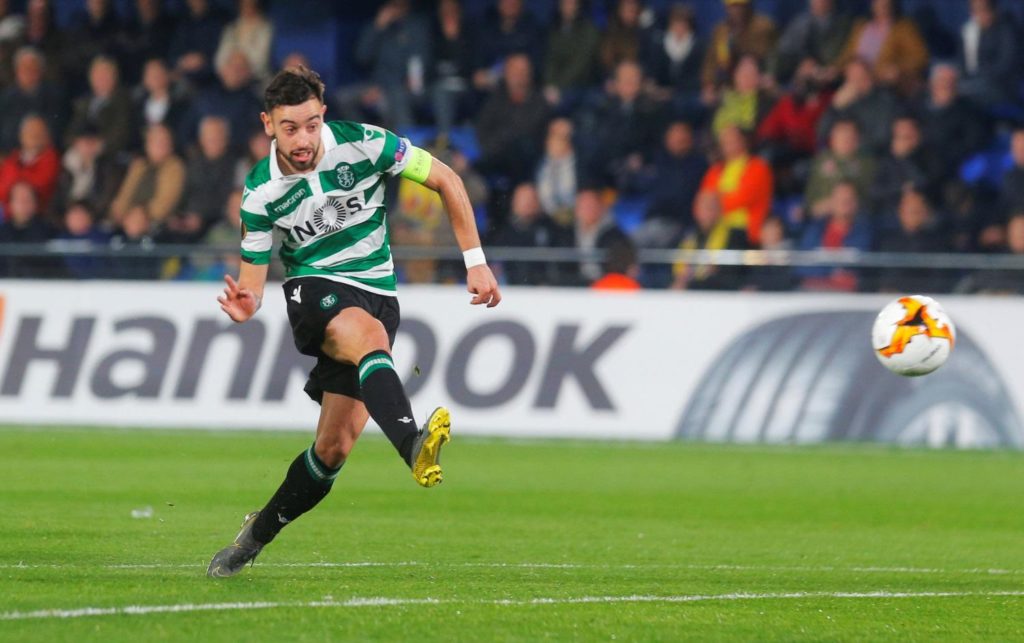 Manchester United are threatening to walk away from negotiations over the transfer of Bruno Fernandes after Sporting Lisbon suddenly doubled their asking price.

Talks are understood to have reached an impasse after Sporting refused to budge from their £68m (€80m) valuation, which is a huge increase on the £39m (€45m) fee United and Tottenham were quoted for the midfielder in the summer.

United have now walked away from the table and no further discussions are planned for this weekend between the two clubs.

Sky Sports News are reporting that Red Devils officials, usually led by executive vice-chairman Ed Woodward in such matters, feel their latest bid of £43m plus £17m in potential add-ons is about right for the in-form Sporting star.

Reports that Fernandes, who has grabbed 13 goals in 21 games in all club competitions this season, could be at Anfield to watch United in action against Liverpool on Sunday were clearly premature.

And the likelihood now is that the deal could go right to the wire on transfer deadline day, so far apart are the two clubs over their valuations.

Manchester United have reached a deadlock with Sporting Lisbon over Bruno Fernandes after his valuation almost doubled in the space of 48 hours.

Negotiations are expected to resume next week, with United keen to sign Fernandes, having identified him as their primary target in the January transfer window.

Speaking after Fernandes played 90 minutes in Sporting’s 2-0 defeat to rivals Benfica on Friday, head coach Silas admitted he did not know if that was to be the midfielder’s last game for the club.

The continuing deadlock enhances the chances of him appearing in Sporting’s next match – a cup-semi final against Braga on Tuesday.

At least personal terms, which were reported to be sticking point earlier this week, have been agreed between the Premier League club and Fernandes.

He would reportedly earn around £120,000-per-week at Old Trafford should the deal go through.