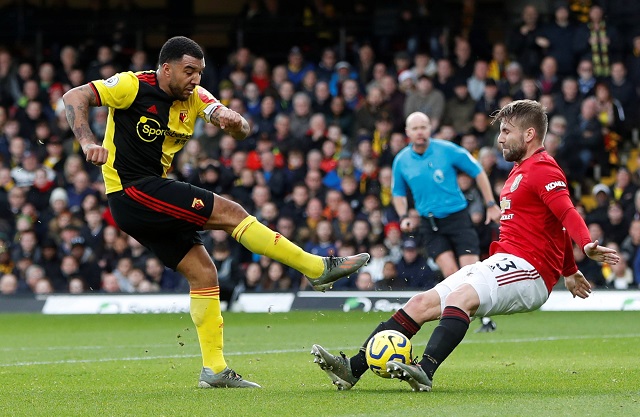 Manchester United defender Luke Shaw is targeting silverware this season and hopes to earn a spot at Euro 2020 with England.

Shaw has turned out 16 times for United in the Premier League this season and is expected to be in Gareth Southgate’s England squad for the upcoming friendlies as they prepare for Euro 2020.

Ole Gunnar Solskjaer has deployed the left-footed defender in a new role on occasions this season and that could further boost his chances of a Thee Lions call.

The 24-year-old, who had fallen way down the pecking order under former boss Jose Mourinho, has excelled as the left-sided player in a back-three.

His ability to interchange with left wing-back Brandon Williams has given United an edge when attacking down that flank.

The 2018-19 Player of the Season could be in the mix for that award again this term if he continues to churn out consistent performances.

I think Luke Shaw is approaching something like his best in that left centre back position. He looks strong and has his running back to where it was. I hope he stays clear of injury now .

Shaw has been key to United’s improvement over recent weeks, keeping three successive clean sheets in the league, and they are in the mix for a Champions League berth with only three points separating them from fourth-placed Chelsea.

Silverware is still a very real possibility for the Red Devils as they prepare to face Derby in the fifth round of the FA Cup on March 5, while they are tied at 1-1 after the first leg of their Europa League round of 32 tie with Club Brugges.

The former Southampton man is hoping to help United end the season on the positive note and believes that will boost his chances of being in the Euro 2020 squad.

Shaw said: “We want to get into the top four and of course we’re still in competitions, so there’s still trophies to win.

“I’d be lying if I (said I) hadn’t thought about it, but, you know, I’ve got to keep working hard, keep my head down and whatever happens happens.

“But, of course, it’s everyone’s dream to be involved in the Euros.”