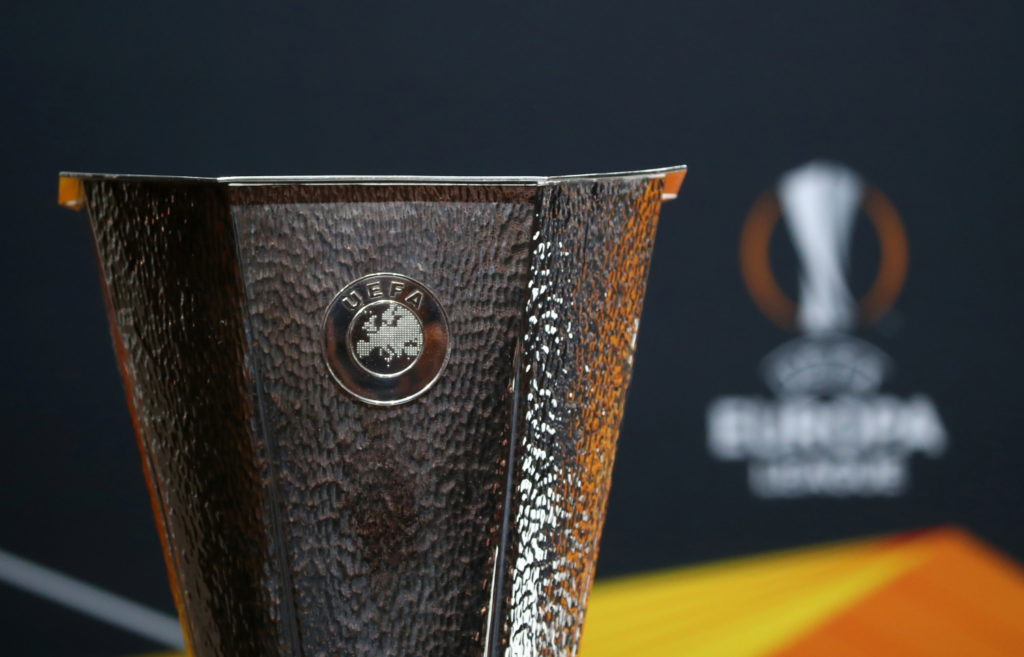 Manchester United have been installed as favourites to win the Europa League by most bookmakers after being drawn against LASK in the last 16.

The Europa League boasts a wealth of top talent this season and looks tough to call, but United appear to have been handed a potentially favourable route to the quarter-finals.

United will take on Austrian side LASK in the last-16 stage after blasting past Club Brugge 6-1 on aggregate in the round of 32.

The Red Devils host LASK in the first leg on March 12, with the return at Linzer Stadion, LASK’s base for European football, on March 19.

On the face of it, United will feel extremely lucky to avoid the likes of Wolves, Inter Milan, Roma, Sevilla, Bayer Leverkusen, Istanbul Basaksehir and Olympiakos.

However, United would be foolish to believe they will brush aside LASK, who currently sit top of the Austrian Bundesliga and have only lost three times across all competitions since September 2019.

They weren’t even fancied to progress from their group after being drawn with Sporting Lisbon, PSV and Rosenborg, but have defied the doubters to finish top.

A 3-0 win at home to Sporting was the highlight of their group campaign and they scored nine times in their three fixtures in Austria.

Even away from home they proved tough to beat, winning at Rosenborg and drawing at PSV, although they did lose 3-1 in Portugal.

Indeed, United may benefit from Bruno Fernandes’ first-hand experience of facing LASK in the group stages.

The impressive midfielder, who has settled quickly since joining United in January, had a hand in two goals during Sporting’s home triumph, scoring and assisting.

With the Europa League offering a route into the 2020-21 Champions League, United will be taking the competition as seriously as they did when lifting the trophy in 2016-17.

A top-four finish is far from guaranteed and Ole Gunnar Solskjaer will need to ensure his men are fully focussed.

Elsewhere, Inter Milan, who were previously joint-favourites to win the competition with United, face a difficult-looking tie with Getafe.

The Spanish outfit sit third in La Liga and defeated Ajax 3-2 on aggregate in the previous round of the competition.

Inter could be excused for taking their eye of the ball in the Europa League as they look to continue piling pressure on Juventus in the race for the Serie A title.

But it would provide an intriguing scenario if United and Inter were to clash, with Romelu Lukaku likely to be leading the line for the Italian club against his former employers.

Wolves will attempt to do what Arsenal couldn’t when they go up against Olympiakos for a spot in the quarter-finals.

The Gunners suffered heartbreak on Thursday after an extra-time goal saw them eliminated and Wolves will undoubtedly be wary of the threat Olympiakos will pose.

Sevilla and Roma square off in a game that would comfortably have graced the knockout stages of the Champions League in recent years, while Rangers take on Bayer Leverkusen.