Arteta hurting after Arsenal crash out of Europa League 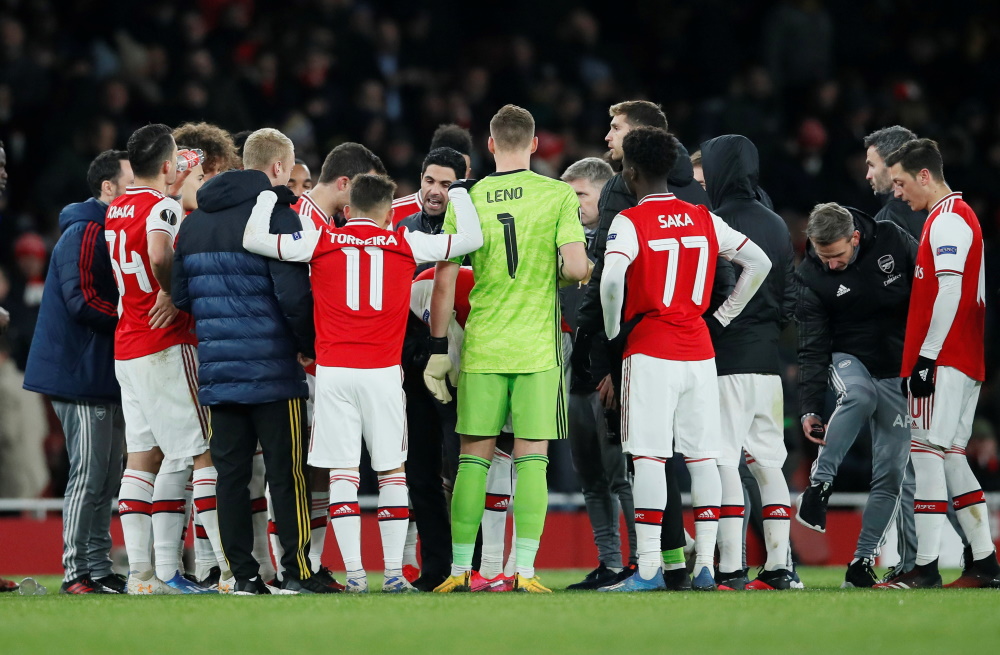 Manager Mikel Arteta has revealed his hurt after his Arsenal side crashed out of the Europa League at the hands of Olympiakos.

Youssef El Arabi’s goal in the dying minutes of extra time ensured it was the Greek outfit who advanced to the last 16 on away goals following a 2-2 aggregate draw.

The Gunners struggled to get going and fell to a 2-1 defeat on the night although Pierre-Emerick Aubameyang thought he had done enough to send Arsenal through when he equalised with an overhead kick in the second period of extra time after Pape Abou Cisse’s header took the tie into an additional 30 minutes.

It was skipper Aubameyang who then squandered a golden opportunity to spare Arsenal’s blushes after El Arabi’s decisive goal.

With his side now out of the competition, Arteta admitted emotions were running high after the full-time whistle.

“It hurts, big time,” Arteta said. “We had a lot of hope in this competition. It was a great way for us to be able to go to Europe and it is a very beautiful competition to try to win.

“I think we did a lot of positive things in the game. I think we created enough chances to win the game, but if you concede two set-pieces again in a tie like this, then you put yourself in big trouble.”

Here's what Mikel Arteta had to say following our elimination from the Europa League tonight.

Arsenal will next switch their focus to another cup competition when they make the trip to Portsmouth in the fifth round of the FA Cup on Monday.

The Gunners are back in Premier League action the following Saturday when they host an all-London affair against West Ham at the Emirates.

Arsenal sit in ninth place in the Premier League table and have work to do if they are to make sure they have any sort of European football to play next season.