Pogba to train with United first team next week – Solskjaer 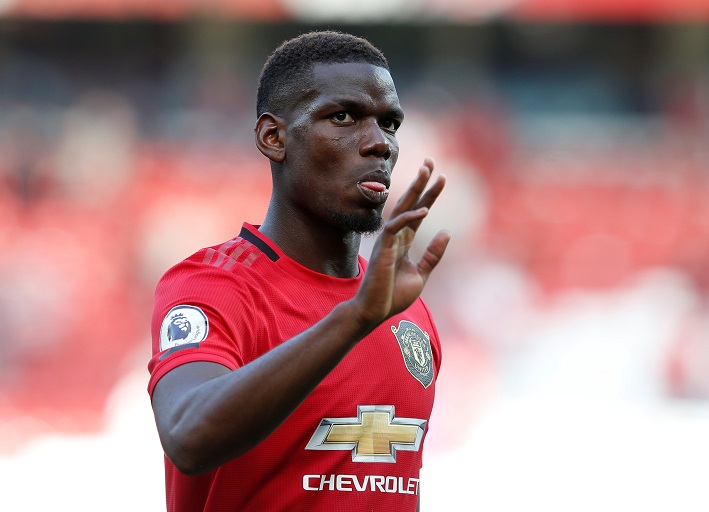 Manchester United manager Ole Gunnar Solskjaer has confirmed midfielder Paul Pogba will be back training with the first-team squad next week.

The France international, who has been strongly linked with a move away from Old Trafford this summer with Real Madrid and Juventus thought to be keen, has been on the sidelines with an ankle injury.

Pogba last played for the Red Devils on Boxing Day as a substitute during a 4-1 home victory over Newcastle United.

With just eight appearances in all competitions this season for United, the club are eager to be patient with the playmaker as he looks to put his injury problems behind him.

Solskjaer has provided a positive update ahead of United’s trip to Derby County in the fifth round of the FA Cup on Thursday.

The Norwegian tactician has confirmed Pogba has been making good progress and the former Juve star is expected to step up his return to action next week.

“Paul’s still working with the physios outside,” Solskjaer told reporters on Wednesday. “He won’t be training with the first team until next week, so then let’s see how long that will take. But he’ll need some time to train, to get his… call it football fitness back.”

Solskjaer also confirmed the Red Devils will likely be without summer signings Daniel James and Aaron Wan-Bissaka for the FA Cup clash with the Rams at Pride Park on Thursday.

The former Cardiff and Molde boss added: “[James] he’ll probably miss out on this one as well, Marcus and Paul are still out and I think Aaron might be struggling. He’s got a test today but he struggled in our last game against Everton with his back, so he might be out.”