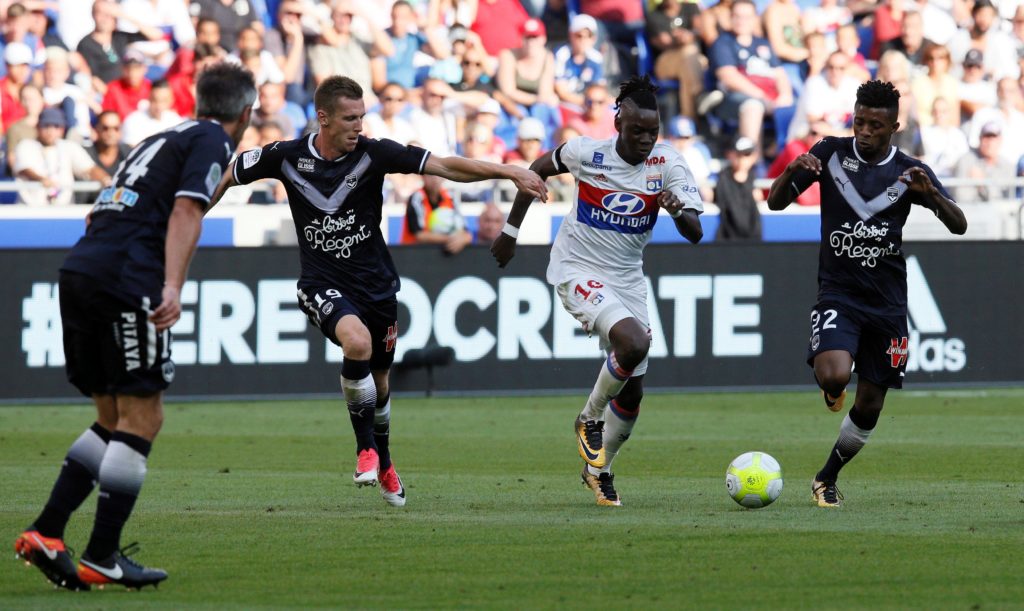 Lyon head coach Rudi Garcia has issued his full backing for striker Bertrand Traore after what has been a tough campaign for the forward so far.

With the likes of Moussa Dembele, Memphis Depay, Karl Toko Ekambi and Maxwell Cornet at Les Gones, competition for a starting role up front is intense at the Groupama Stadium.

Traore bagged 20 league goals in his first two seasons with Lyon after leaving Chelsea although the 24-year-old has found it far tougher this term.

Speaking ahead of Lyon’s French Cup semi-final tie with PSG on Wednesday night, Garcia has come out with some positive comments regarding a forward who has just one Ligue 1 goal to his name this term.

“I was very happy with his match against Saint-Etienne,” Garcia said. “He’s a player, a man I like. A left-hander, an attacker, a dribbler, we need it. We worked with Bertrand to make it less readable.

“He can overflow his right foot, play with others, in one touch. He can do very, very good things. He will finish the season better than he started. I highly value him, he needs to be given confidence.”

Following their clash with Paris Saint-Germain in the French Cup at the Groupama Stadium, Lyon return to Ligue 1 duties on Sunday when they make the trip to Lille for a crucial game in the battle to finish in the top four.

Les Gones sit in fifth place in the table, with six points currently separating them from a Lille side just one place above them.