Should Bellingham stick with Blues or twist and choose Reds? 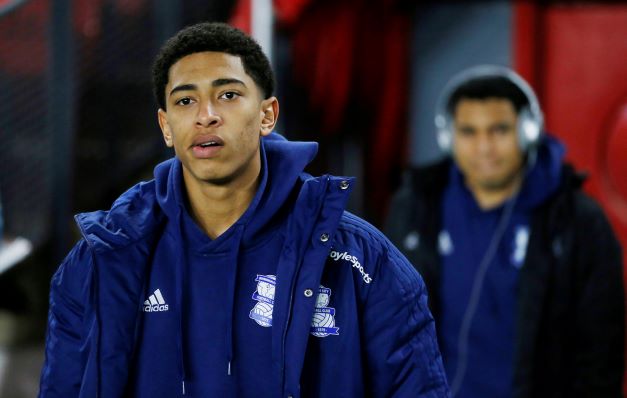 Manchester United are pulling out all the stops to try and sign Birmingham starlet Jude Bellingham, but it could be a good idea to turn down their advances.

The 16-year-old has burst on to the scene with the Championship club this season making 32 appearances, chipping in with four goals and providing another two assists in the process.

It is no surprise that Europe’s top clubs are checking out the youngster who looks set to be a star of future, but as things stand no-one has been prepared to match Birmingham’s £25million valuation of the player.

However that could be about to change as United have in the last couple of days stepped up their efforts to win the race for his signature, and could hand the Blues the sum they are looking for during the close season.

Bellingham is believed to have been shown around United’s training ground and facilities by none other than Sir Alex Ferguson as the Reds pull out all the ace cards in an attempt to persuade him to sign.

The midfielder starlet is sure to have been impressed, blown away even. United are one of the biggest clubs in the world with facilities to match, so what 16-year-old would not have his head turned at the prospect of such a move.

However, away from all the pristine training pitches and state of the art gymnasiums, Bellingham will have a decision to make, one that will have a huge impact on the rest of his career.

United can offer Bellingham the world, but one thing they cannot offer right now, which Birmingham can is first team-football.

As talented as Bellingham is, he is not going to walk into United’s first team next season and would have to play his football with the under-23s at best to continue his development. Hardly a bad thing but after playing regular football in the Championship in front of good crowds, it could be difficult to swap.

It could also be argued he would develop much more playing in the Birmingham first-team than he would with the United reserves so a case can be made to stay where he is.

The route to the United first team and how long it will take to get there is sure to be high up on the list of questions and will be crucial when it comes to making a decision.

If given the right kind of guarantees are given then there is a chance he could go for it. After all how many players get the chance to sign for Manchester United? The chance may never present itself again.

Bellingham has some long hard thinking to do and it is a decision that will not be rushed, but United are doing all they can to convince him Old Trafford is the place to be.