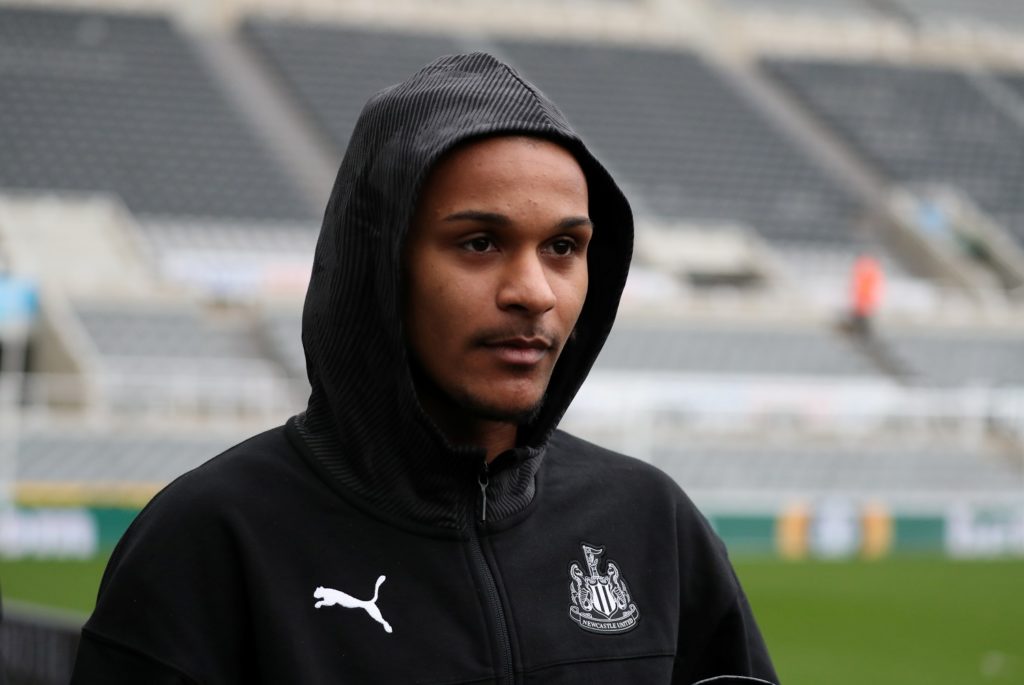 Newcastle loanee Valentino Lazaro says positive talks with manager Steve Bruce were the defining factor behind his move to the club.

Lazaro joined the Magpies on a temporary deal in January after a tough first half of the season at Inter Milan, having only moved to Italy last summer from Hertha Berlin.

The Austria international had spent the previous two seasons playing for Die Alte Dame in Germany and there were suggestions he could head back to the Bundesliga.

RB Leipzig were in his words “close” to a deal and he would have bumped into some familiar faces having started his career at Die Bullen’s sister outfit, Red Bull Salzburg.

Instead, he chose Tyneside and made his debut as a 54th minute substitute in the recent 0-0 draw at home to Norwich.

Newcastle return from their winter break away at Arsenal on Sunday and Lazaro will be hoping to force his way into the starting line-up.

More from #NUFC’s @valentinolazaro ahead of #ARSNEW:“I don’t regret my decision and I am very happy to be here. The team is great. The training is great. The atmosphere in the stadium is great, so everything has been really good so far. Like we said,apart from the weather.” pic.twitter.com/nmbxxOm35I

Miguel Almiron and Allan Saint-Maximin have usually occupied the wide berths this season and Bruce will be hoping having extra competition for those places will bring the best out of all three players.

The boss was clearly keen to get his man in January and his desire shone through during talks with Graz-born star and his agent.

While he is still adapting to life at St James’ Park, a permanent switch has already been mentioned, and Lazaro admits that Bruce’s determination to sign him made the difference when opting for Newcastle over Leipzig.

“It was close, but, in the end, I just felt more welcomed here,” he is quoted as saying by the Shields Gazette. “Steve Bruce really convinced me that I could have a really good time here in Newcastle. I don’t regret my decision, and I’m very happy to be here.

“The team’s great, and the training is great. The atmosphere in the stadium is great, so everything has been really good so far – apart from the weather!”