Home Premier League Newcastle United Can blunt Newcastle sharpen up and save their season?

Can blunt Newcastle sharpen up and save their season? 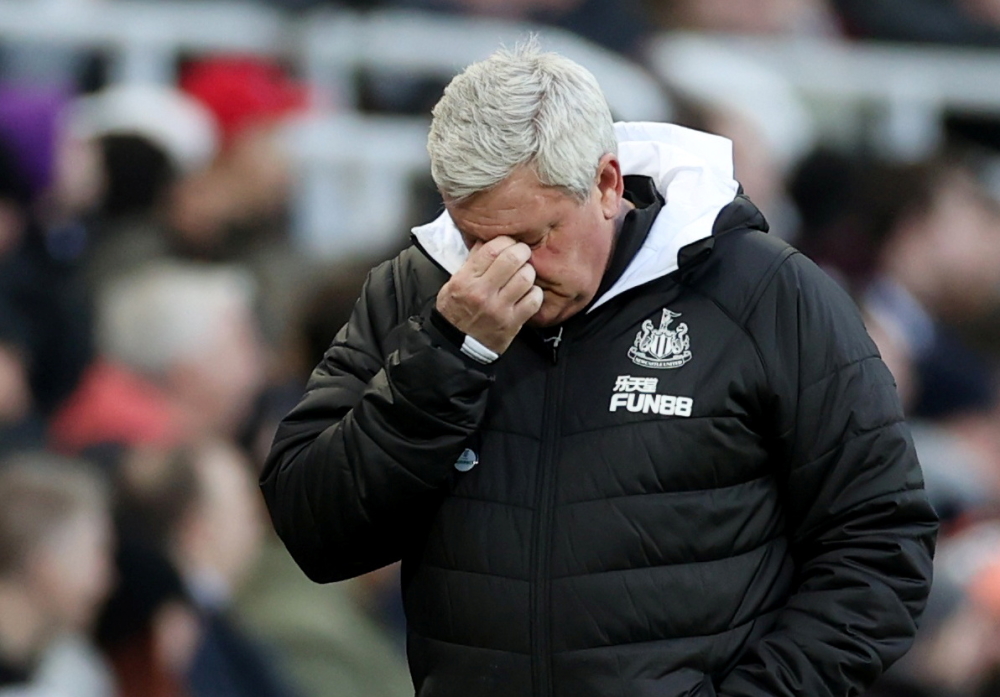 Newcastle failed to score for the 12th time this season against Burnley on Saturday and Steve Bruce is struggling to come up with a solution to their problems.

The Magpies are the lowest scorers in the Premier League this season, netting just 24 times in 28 games, and their inability to hit the back of the net continues to see them tethered to the wrong end of the table.

The north-east outfit are currently five points above the relegation zone and while they should pick up enough points between now and the end of the campaign, their attacking issues continue to cast a large shadow over St James’ Park and the reign of Bruce in general.

Newcastle’s lack of return up top has been an issue for a couple of seasons now with only Brighton scoring fewer goals of the teams that stayed up last term.

It’s not like they haven’t spent money to try and solve the problem – although Newcastle fans would argue not enough – breaking their transfer record twice in the last two transfers windows to sign Miguel Almiron and Joelinton.

While few can question the commitment shown by both Almiron and Joelinton, their lack of a return in front of goal leaves both deals open to question.

Almiron waited nearly a year to open his account for Newcastle after arriving from MLS side Atlanta United in January 2019 but has since scored four times in his 31 appearances.

The Paraguay international as one more than Joelinton’s return of three in 33 outings, with the Brazilian described as the worst transfer in the Premier League’s recent history by the Daily Mail this week.

The £40million arrival from Hoffenheim has scored just once in the Premier League, netting against Tottenham in August and has since gone 33 hours and 44 minutes without a top-flight goal.

⚫️⚪️@stevehowey624 is demanding more of Joelinton.

“He’s frustrating. You see him and you’re thinking ‘you’re never gonna score because you show absolutely zero desire once you’ve laid the ball off to get into the box’. He’s got to want more.”#NUFC pic.twitter.com/nfJUjAACGo

Understandably, Newcastle fans are at their wit’s end with Joelinton but what other alternatives does Bruce have? Almiron and Allan Saint-Maximin have been Newcastle’s best-attacking options but they aren’t out-and-out strikers, a commodity that is thin on the ground for Bruce.

To nobody’s surprise, Andy Carroll has had injury issues since returning to Tyneside in the summer so can’t be relied upon.

Yoshinori Muto’s record hardly suggests he’s likely to fire Newcastle to safety having scored once in 27 games, while Bruce had seemed determined not to give Dwight Gayle a chance before handing him a surprise start against Burnley at the weekend.

The omission of Gayle has seemed a strange choice given how effective he was at West Brom last season, scoring 24 times in 41 appearances, albeit at Championship level. He doesn’t suit playing up front on his own though and to get the best out of him, that would require a change of system

Bruce seems determined to stick to a variation of 5-4-1 though, going for a safety-first approach, and even having failed to score in their last four games, it would be a surprise if he changed the team’s shape for Saturday’s clash with Southampton.

Bruce doesn’t have a great deal to work with after years of under-investment at Newcastle and should receive some credit for making the most of what is available to him. Still, his style leaves a lot to be desired and the stats suggest the lack of goals is far from an individual problem, rendering the blame game featuring Joelinton slightly pointless.

No side has completed fewer passes than Newcastle this season, while only three teams have managed fewer shots on target in the Premier League.

Bruce needs to be braver if he is to pick up the points required to get over the line in the relegation race and win back the fans turned off by the pragmatic style that threatens to leave a permanent mark on the 2019-20 season.