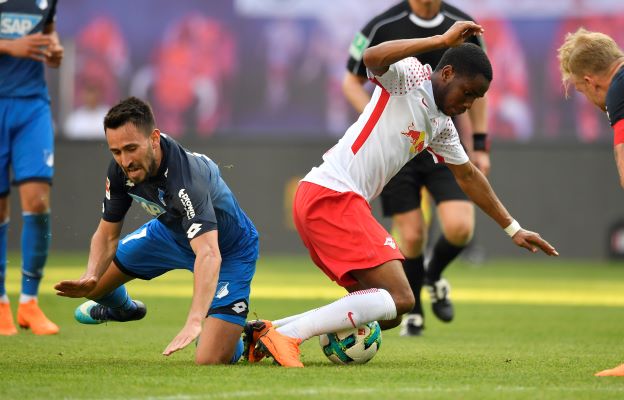 Daniel Farke couldn't hide his delight after Norwich swooped to sign midfielder Lukas Rupp from Hoffenheim for an undisclosed fee.

On Monday, the Canaries announced they have completed the signing of Rupp on a deal that will run through to the summer of 2022.

The 29-year-old arrives just a day after Odrej Duda’s loan move from Hertha Berlin was completed.

The two much-needed additions from the Bundesliga show not only how much backing for Farke exists at boardroom level, but also the ambition that remains to dig City out of their current relegation plight.

Farke sees Rupp as a versatile player who can operate in a number of positions in the midfield while he has also filled in at full-back in the past.

“He’ll be a valuable option for us going forward and is a very good character,” said the Canaries boss.

“He’s an important signing for us and we’re happy that a player of his experience has committed to us.”

Rupp arrives at Carrow Road with a wealth of experience in German football, having appeared in the Bundesliga with Borussia Monchengladbach, Paderborn and VfB Stuttgart.

He was at Hoffenheim’s training camp in Marbella two days ago before getting the call to bolster Norwich’s squad for a crucial five months ahead – and beyond after penning a two-and-a-half-year deal.

Speaking to the club’s official website, Rupp described playing in the Premier League as “a childhood dream”.

“I wanted to be part of the team here and help the team stay in the Premier League,” Rupp said.

“I know Mario Vrancic, I played with him at Paderborn, and from the national team I know Marco Stiepermann.”

He has been assigned the number seven shirt and could be thrust into the action against fellow strugglers Bournemouth next weekend after a full week’s training with his new teammates.