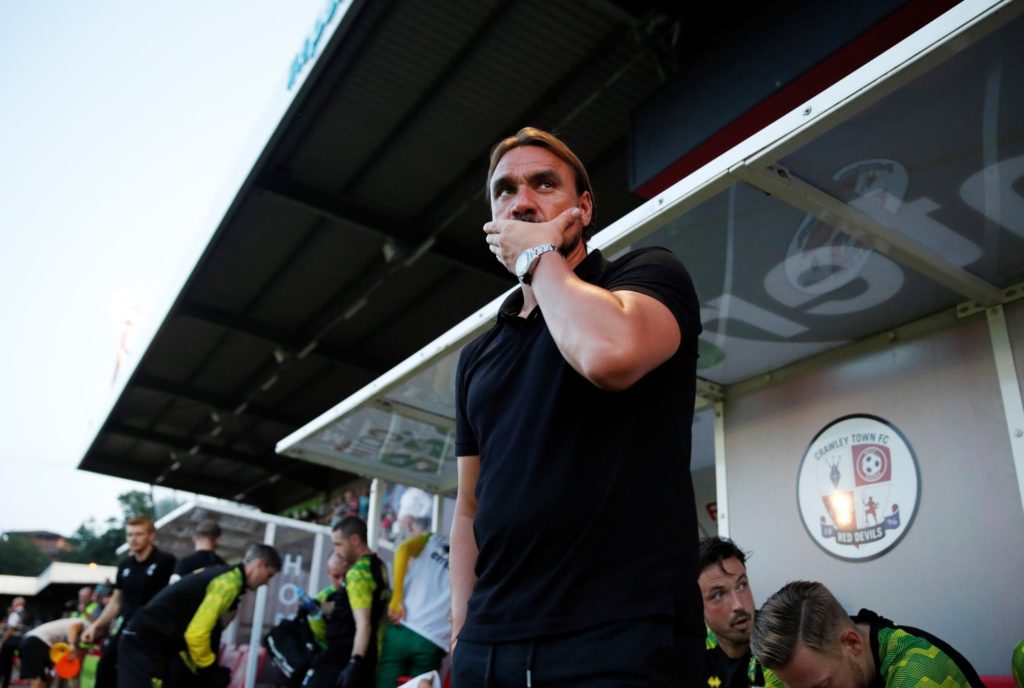 Daniel Farke insists he has no plans to walk away from Norwich City this summer, even with relegation now a very likely prospect.

The Canaries have struggled to cope with the step up in quality back in the top flight this season and they are rooted to the bottom of the table, seven points adrift of safety with just 12 games left.

There have been some high points for Farke’s side, notably the 3-2 home win over champions Manchester City in September, while they have been praised for sticking to their principles of playing attractive football.

At times, Norwich have been unfortunate in games and will look back on the campaign in May and point to plenty of matches where they were narrowly edged out.

Farke has regularly admitted his side are up against it in the relegation battle and it seems a quick return to the Championship is inevitable, although he says he has not given up hope of turning things around in what’s left of the season.

Relegation would raise questions over the German coach’s future at Carrow Road but he insists he has no plans to walk away and intends to honour his contract, which runs until 2022, while it’s believed he’s already beginning to make plans for next season behind the scenes.

Farke told reporters in his homeland he feels happy and settled at Norwich and has no plans to break a career habit of always fulfilling his contracts.

In quotes carried by The Pink’Un, Farke said: “There is probably no coach in all of Western Europe who has such a backing and a secure position as I do. I signed a long-term contract in Norwich with conviction and I feel exactly in the right place.

“If you look at my career, you will find that I have always fulfilled my contracts in eleven years as a trainer. My contract is valid until 2022. There is currently no room for other scenarios. But as long as we have the chance to stay in the league, we will do everything we can to create this little miracle.”

When your team is sitting at the foot of the table, the worst goal difference in the league and playing the European champions, club World Cup champions and soon to be Premier League champions, it would be perfectly acceptable to see that particular… https://t.co/OFq1lHLdxH

Norwich are next in action in the Premier League on Sunday when they go to Wolves.