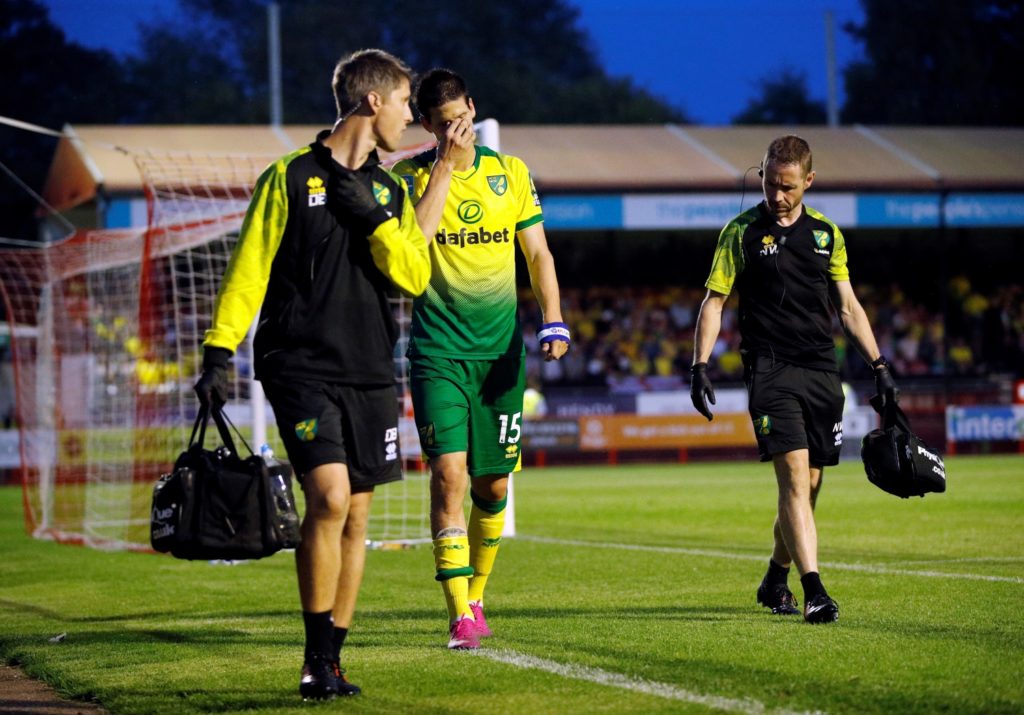 Norwich defender Timm Klose is positive about his chances of being available for selection in the final stages of the season.

Klose was a regular for Norwich as they earned automatic promotion from the Championship last season and would likely have been a big part of their Premier League campaign.

However, he is yet to kick a ball in the league this term after being ruled out with a knee ligament injury.

The 31-year-old limped off after just 27 minutes of the 1-0 defeat at League Two side Crawley in the Carabao Cup.

Norwich have struggled in Klose’s absence and their chances of securing a second successive season in the Premier League look bleak.

They currently sit bottom of the pile, seven points from safety, and with just one victory from their last 14 outings.

Ben Godfrey, Christoph Zimmermann and Grant Hanley have shared duties in the heart of defence as Norwich have shipped 51 goals – the second most of any side in the division.

But Klose has offered hope of being back in the mix during the run in as they look to do everything possible to beat the drop.

The German has stepped up his rehabilitation over recent weeks, spending time on the grass away from his teammates, and believes he could return to the training pitches with the rest of the squad as early as next week.

Timm Klose with a ball at his feet… 😍 pic.twitter.com/6HeB9nHxBM

Klose told Norwich’s official website: “I’m very happy with my injury, it’s gone! I think we’re looking at coming back next week. Hopefully next week I’m back in training with the squad, then we’ll see if I can get some games in.

“Our medical department is very smart, they know exactly how to deal with me to make sure I’m strong enough to not break down when I’m out there again. Sometimes they have to hold me back, but I’ll push as hard as I can.”

Friday’s meeting with Leicester at Carrow Road is likely to come too soon for Klose but he could be available for the trip to Sheffield United on March 7.