The three Davids guiding West Ham to the drop 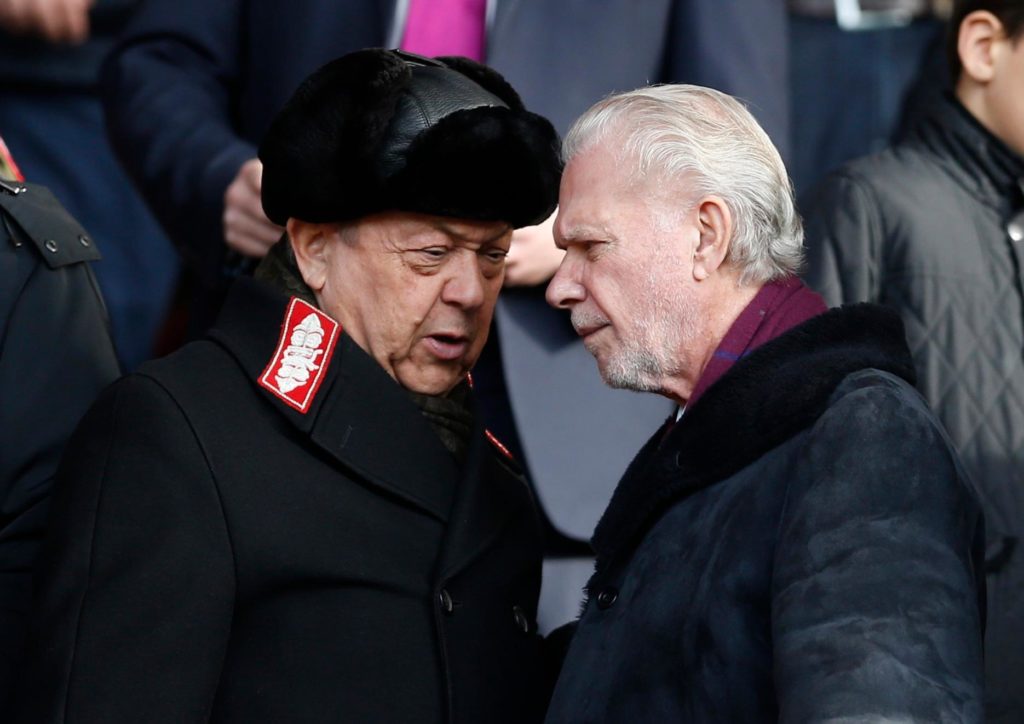 West Ham’s loss to Liverpool on Monday night sees them stuck in the bottom three and, staring relegation in the face, the board need to take responsibility.

There is an old adage that you ‘never go back’ after leaving a club but the two Davids – Gold and Sullivan – did just that when re-hiring David Moyes in December to replace Manuel Pellegrini at the helm.

Having seen fit not to offer him a new deal after the Scot kept the Hammers in the Premier League during a six-month spell from November 2017 to May 2018, for some reason they felt he was the man to bring back the good times after this season’s early promise had evaporated quickly under the Chilean.

Moyes arrived with an upbeat mindset, saying “That’s what I do, I win” when asked about his ambitions for the club.

He was as good as his word in his first game back in charge, guiding his men to a 4-0 victory over Bournemouth but it has been a tale of woe since then, with two draws and five defeats leaving the south Londoners deep in the mire.

There have been protests against the owners for some time now and banners could be seen in the away section at Anfield on Monday, likening the club to a circus with clowns in charge – and they do have a point.

There is nothing on Moyes’s record that suggested he would be able to inspire his charges to move away from the bottom three and that has been the case.

The truth is, Moyes is not a winner and even during a relatively successful 11-year spell at Everton there was not always harmony, with fans questioning the style of football witnessed at Goodison Park.

0 – David Moyes is yet to win an away match against Liverpool in all competitions, failing in 15 attempts (D7 L8) and losing the last three in a row with Man Utd, Sunderland and West Ham. Overawed. pic.twitter.com/neQfNhtj0n

Hammers supporters would not care two hoots about the style at present as all they want is points, but it is hard to see where they will be coming from with West Ham’s fixture list.

They have to play Arsenal, Wolves, Tottenham and Chelsea in the coming weeks and it seems likely that the capital outfit may well have to win their last two games of the campaign – at home to Burnley and away to Norwich – to survive.

Moyes has an abysmal record since leaving Merseyside despite managing clubs the size of Manchester United and Real Sociedad.

He will continue to plod on at the London Stadium and there were signs of life against the Reds but the simple fact is, his men have not been good enough.

It is open to debate whether another manager would have fared any better but if they do go down, it is likely that ex-boss Slaven Bilic will be at the helm of a West Brom side that replaces them in the top flight.

Bilic’s record is far superior to Moyes and Gold and Sullivan, plus Karren Brady, need to take a long look at themselves when glancing at some of their decisions over the past three years.