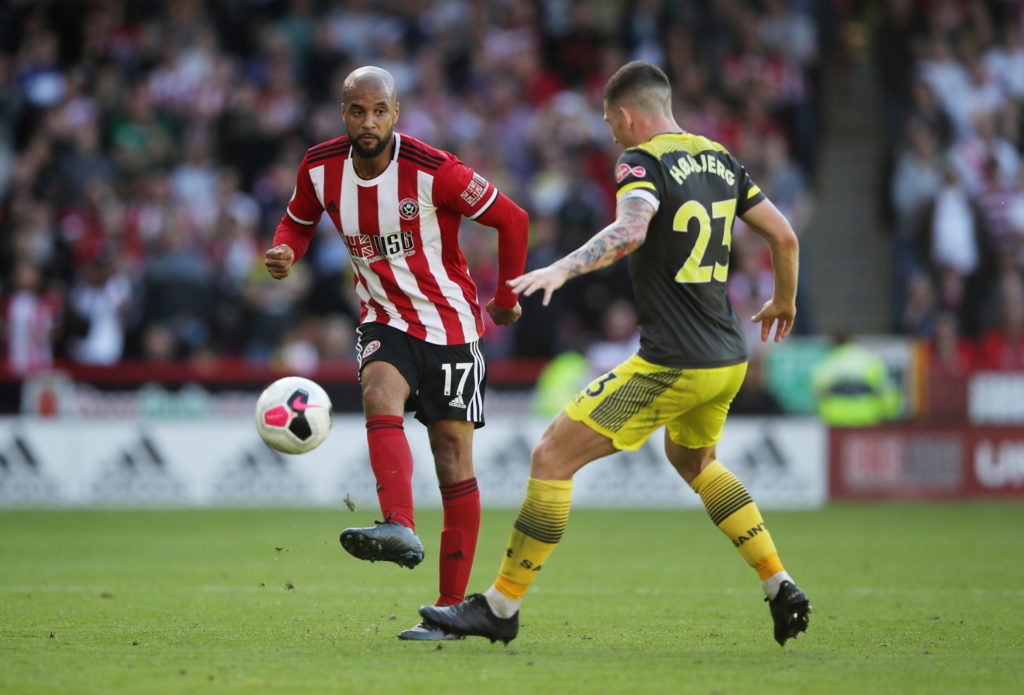 David McGoldrick has been one of Sheffield United's best players this season - even though he is a striker that is yet to score a top-flight goal.

Republic of Ireland international McGoldrick has been a regular in Sheffield United’s side this season, featuring in 19 of their 23 Premier League games to date, with the Blades continuing to defy expectations by sitting seventh in the standings.

McGoldrick has received praise from his manager Chris Wilder and his team-mates for the hard work he has shown both on and off the ball, acting as the first line of defence, as well as the springboard for counter-attacks.

The 32-year-old, who is embarking on his first-ever season as a top-flight player, has also provided two assists, but there is one glaring statistic that does stick out on his otherwise impressive resume – and that is that he is yet to score a Premier League goal.

It is certainly not for the want of trying, as McGoldrick has had 36 shots during the campaign, averaging nearly two a game, while he has missed 15 big chances, most notably in the 1-0 victory over Brighton before Christmas, when he rounded goalkeeper Mat Ryan but fired his effort into the side netting.

No-one would appear to be more frustrated by his lack of goals than McGoldrick himself, but that has not stopped him being a firm fans’ favourite and he is not the only striker that has enjoyed success in the Premier League despite having a less than impressive goals per game ratio.

One such player is McGoldrick’s fellow Irishman Shane Long, as the Southampton forward has only netted 54 goals in 307 top-flight appearances – the vast majority of which came earlier in his career.

Long has only once reached double figures for Premier League goals, grabbing 10 for Southampton during the 2015-16 campaign, but he has only netted nine in the proceeding four seasons, but that has not stopped him being a regular under a variety of managers.

Emile Heskey was another striker that was often criticised for his lack of goals, but the former England international still enjoyed a more than productive career at clubs such as Leicester and Liverpool, as well as representing his country at three major tournaments.

Heskey actually scored 110 Premier League goals during an 18-year top-flight career, a number McGoldrick will never get to, but it does show that strikers can be valued by more than just their ability to find the back of the net.