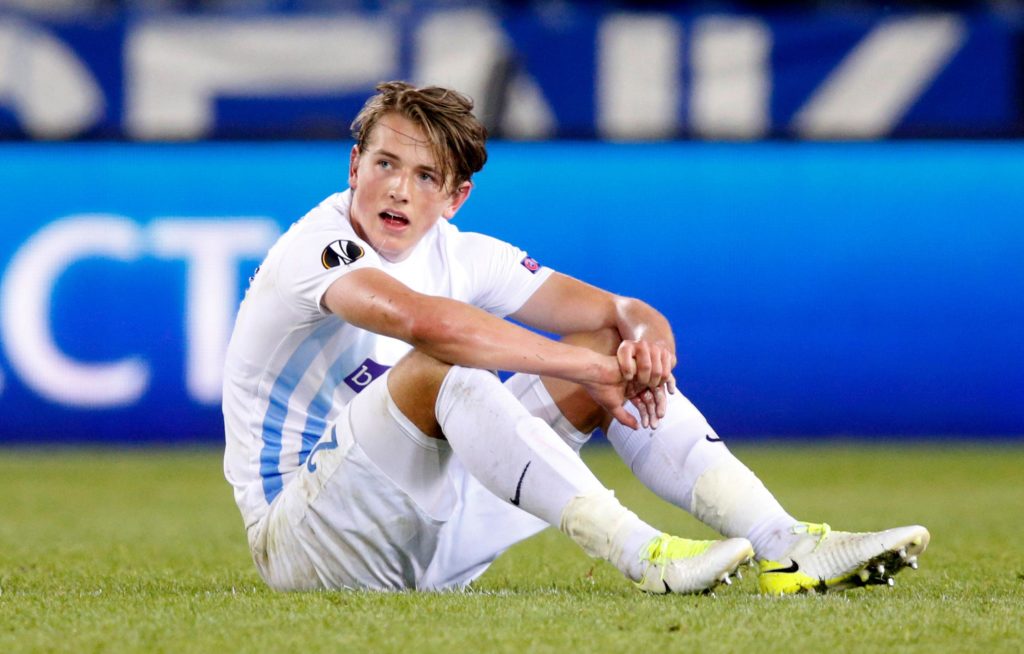 Berge looks set to become the most expensive player ever transferred from the Belgian league, breaking the record set when Monaco paid 26m euros for Anderlecht’s Youri Tielemans in 2017.

The Blades reportedly made a second bid for the Norwegian that would entail a fixed price of around 23 million euros, but with add-ons that would take the final fee easily in excess of 26 million euros (£22million).

That would break the Belgian record and comfortably smash United’s transfer record, which was the reported £17million they shelled out for Oli McBurnie when breaking the record for a fourth time in a matter of weeks last summer.

De Conde or other Belgian sources have not confirmed the size of the bid on the table, but Genk’s technical director did admit the Blades’ interest is concrete and the amounts under discussion are high.

“We are talking by Belgian standards about extremely high figures and that often makes it difficult,” he said on Tuesday. “So today we have no clear picture of whether Berge will play with us on February 1 or not. That is discussed with him and his entourage, but the content of those conversations remains private.”

Belgian newspaper Het Niuwsblad states that Sheffield United want an answer to this proposal as quickly as possible, which could suggest they have alternative targets in mind should the offer be rejected.

The fact that it has not been turned down already is a good sign and reports also claim that the deal would include ‘a serious percentage on a later resale’ going into the Genk coffers.

The Blades have tried and failed before to land Berge, who was a summer target, but his situation has changed now – as has the financial landscape at Bramall Lane.

Hannes Wolf’s side have been eliminated from Europe after finishing bottom of Champions League Group E while Chris Wilder’s men, written off as relegation certainties in August, are in with a fighting chance of securing European football for themselves next term.

Prince Abdullah’s high court victory over former owner and co-owner Kevin McCabe has also given the new board confidence that they can make a real statement of intent over Berge’s signing without fear of losing their investment.