Norwood to hang up his boots at Sheffield United 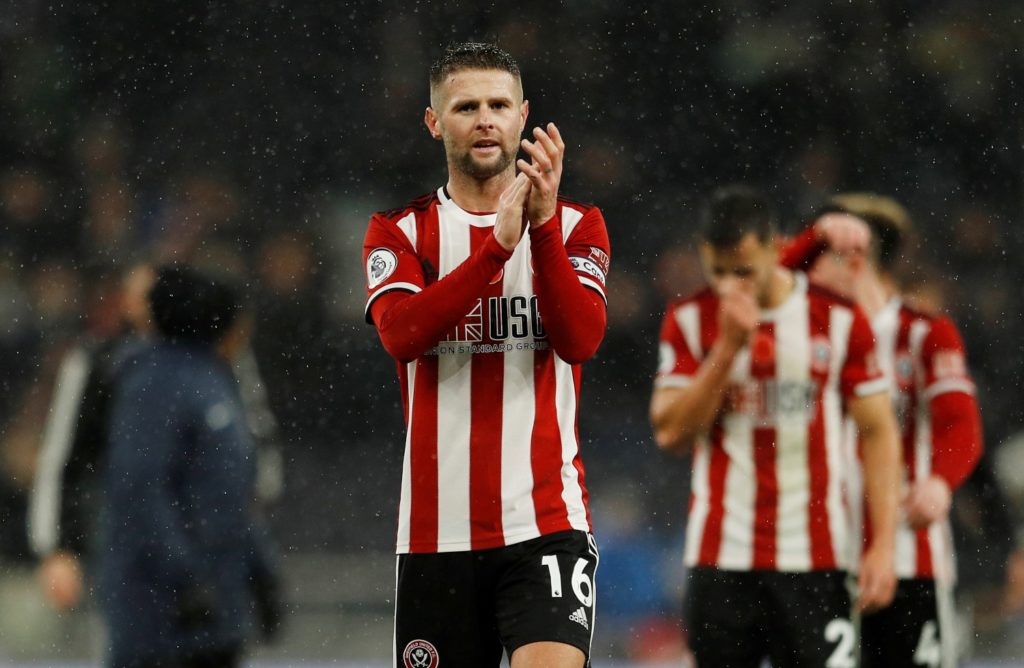 Oliver Norwood wants to finish his career at Sheffield United after admitting the club are targeting a place in Europe for next season.

Former Northern Ireland international Norwood has moved around a lot during his senior career, having started off at Manchester United, where he didn’t make a single Premier League appearance and was sent out on loan to Carlisle United, Scunthorpe and Coventry City.

The 28-year-old then enjoyed permanent spells at Huddersfield Town and Reading before joining Brighton permanently in 2016.

During his time at the Amex Stadium, the midfielder was sent out to Fulham and the Blades on a temporary basis after failing to make an impact for the Seagulls’ first team.

In the end, Norwood was snapped up by Chris Wilder on a full-time basis in January 2019 and he made 20 Championship appearances in the second half of last season as the Steel City outfit earned promotion to the Premier League.

The Burnley-born star has been an ever-present for the Blades this term, helping the club climb to sixth in the standings, and he is one of a number of players in line for a new deal, with the likes of John Lundstram, Enda Stevens and John Fleck already in talks over extensions.

Wilder has said he is “100 per cent certain” Norwood will reach an agreement with the club – a belief the latter is happy to confirm.

“It’s nice that the club want me to stay here,” he said. “I’ve spoken to the manager and the powers that be. We’ll get there. It’s as simple as that.

“Why, from a personal point of view, would I want to go anywhere else? It’s a special place to be and arguably I want to be here for the rest of my career. I can’t see myself leaving and why would I want to?”

🗣"We dream and get excited but whoever gets it will deserve it" pic.twitter.com/394tRETu0A

United are in the hunt for a European finish this season, with fourth-placed Chelsea just two points ahead. With Manchester City facing a two-year ban from European football, it is possible fifth place will be enough to secure a spot in the 2020/21 Champions League.

Asked if qualifying for that competition or the Europa League is now a realistic target for a team written off as relegation favourites at the beginning of the season, Norwood added: “We’ve put ourselves in a good position.

“It would be silly to say we don’t dream or that we haven’t spoken about it among ourselves. But we know it’s going to be tough and we know there’s a long way to go and that we’re still not there yet.”