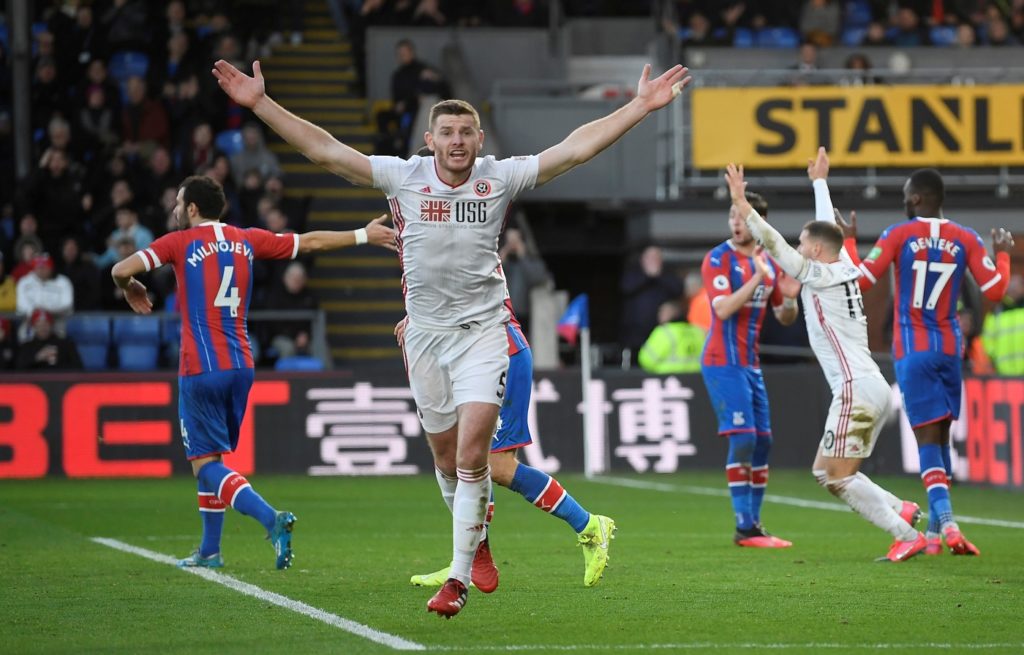 England manager Gareth Southgate does not have long to shape his squad for Euro 2020 but one man that surely deserves to come into contention is Jack O'Connell.

Sheffield United defender O’Connell has been in sensational form for his club so far this season, playing every minute in the Premier League and helping the Blades to exceed expectations by challenging for a place in the Champions League.

Boss Chris Wilder has based United’s success on a strong defence, which O’Connell is an integral part of alongside John Egan and Chris Basham, as well as goalkeeper Dean Henderson, who is another Blade in contention to receive international recognition with England in the near future.

Only runaway league leaders Liverpool have conceded fewer goals in the Premier League than Sheff United this season – the Blades letting in less than a goal a game on average, a staggering statistic for a newly-promoted team.

A big 3 points for the Blades. We move on to 43 points and now sit 7th in the Premier League table.

O’Connell has arguably been the pick of United’s defenders and his form has not gone unnoticed by other Premier League clubs, most notably Tottenham, who were linked with making a move for the former Brentford player in January.

However, it would appear the 25-year-old’s displays have not been acknowledged in the same way by Southgate, who is yet to consider him for a senior international call.

That seems all the more surprising considering centre-back has been a problem position for England during qualifying for Euro 2020.

Manchester United defender Harry Maguire appears almost certain to be a starter at the Euros and Liverpool centre-back Joe Gomez seems the most likely to play alongside the former Blade at the finals given his displays next to Virgil van Dijk at club level this season.

However, beyond that there does not appear to be anyone better or more in form than O’Connell.

South Yorkshire native John Stones does have the experience on O’Connell – he has won 39 caps for England to date – but his form and confidence has dipped significantly at Manchester City this season and he certainly is not playing as well as he has in the past.

Aston Villa star Tyrone Mings featured twice for England over the autumn and he is in a similar position to O’Connell in the sense that he is playing for a newly-promoted club, but unlike the Sheff United star, he is part of a Villa side that has conceded more goals than any other team in the Premier League this season.

Chelsea youngster Fikayo Tomori has also come into the international reckoning, but he has only started one league match since the turn of the year so surely cannot be considered ahead of O’Connell in the pecking order.

One thing that perhaps counts against O’Connell, and it is a similar story for Wolves captain Conor Coady, is that he plays predominantly in a back three, while Southgate has shifted to a central two over recent times.

However, this feels more like a get out of jail free card for Southgate then a genuine reason not to call up one of the most in-form defenders in the Premier League.

O’Connell would surely be worthy of a place in the England squad for this month’s friendlies against Italy and Denmark, although if he does not receive a call-up for those games, then it would seem unlikely that he will be able to force his way into the fold ahead of Euro 2020.