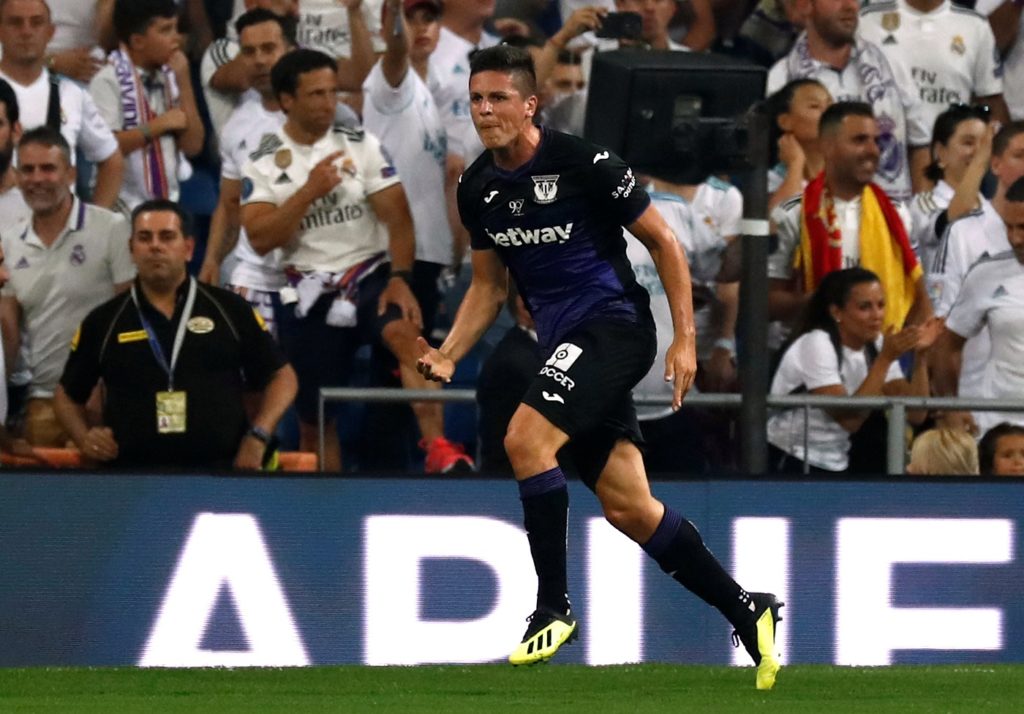 Southampton forward Guido Carrillo has suggested he has no plans to return to the club this summer.

Things have not exactly worked out for Argentinian forward Carrillo since he joined Southampton for a reported £19million from Monaco in January 2018 after he failed to register a goal during his first six months at the club.

The 28-year-old was subsequently sent out on loan to Leganes for the 2017-18 season and rediscovered his form during his time in La Liga, helping the Madrid-based club successfully retain their top-flight status.

Leganes were keen to sign Carrillo on a permanent basis last summer, but in the end another season-long loan deal was agreed, much to the frustration of the forward, who wanted to seal a permanent transfer and felt he was denied the chance as Southampton were dragging their heels.

“It’s true, that hurt me, but it was merely a decision of the English team,” Carrillo told AS regarding the saga. “I already had the decision to come to Leganes. I said my bit, but the Southampton leaders didn’t want to let me out until the last day.”

Things have not gone so well for Carrillo during his second spell at the Estadio Municipal de Butarque. He has only netted once in 20 La Liga appearances to date, with Leganes currently sitting second-bottom of the standings.

However, the former Estudiantes youngster still appears keen to join the Spanish club on a permanent basis and it does not seem likely he will be returning to Southampton.

“It’s still too soon. I’d rather be focused on the team,” Carrillo added. “Everything that’s coming up I’d rather put off until later. It’s true that I have to go back to England.

“I’ve felt very comfortable here. I’ve been treated like at home… but talking about it, there’s still a way to go and things to do. We’ll think about it later.”