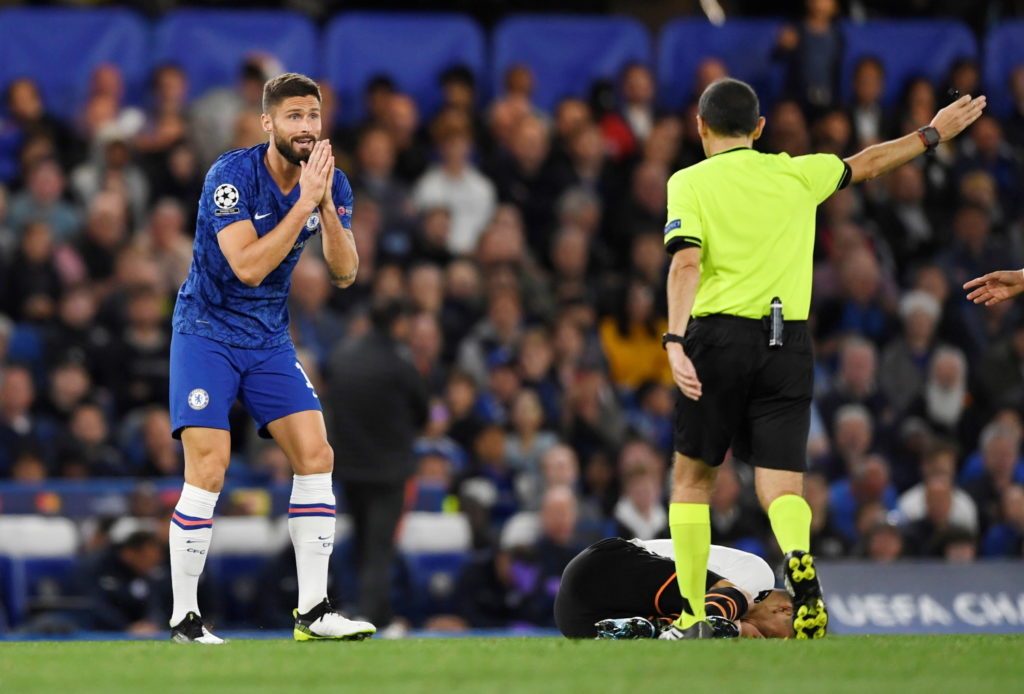 Chelsea striker Olivier Giroud would be open to a move across London to Tottenham, which could clear the way for Edinson Cavani to sign for the Blues.

There are just two days remaining of the transfer window and they are gearing up to be two busy ones with the futures of a number of players throughout Europe up in the air.

Giroud is one such player. The France World Cup winner has been restricted to a bit-part role at Stamford Bridge this term, and Blues boss Frank Lampard would be willing to let him leave before the end of the transfer window.

Chelsea want to recruit a replacement before allowing Giroud to leave however, and a possible switch to Inter Milan now appears off the table.

But Giroud has now been linked with a surprise move to Spurs, with the 33-year-old understood to be open to that possibility and he could make another surprise move across London, having joined Chelsea from Arsenal already.

If Olivier Giroud signs for Spurs, he'll be only the second player in the Premier League era to have played for Arsenal, Chelsea and Spurs. 🔴⚪️🔵

Can you name the other? pic.twitter.com/1vkcw6HWJO

Chelsea have been working hard to bring in a new striker this month, with Tammy Abraham sidelined with an ankle injury, and they will continue to plug away until the window closes.

Lampard refused to dampen down links to Paris Saint-Germain’s Cavani after the Uruguay striker handed in an official transfer request.

Atletico Madrid have so far been unable to agree a deal with PSG for a permanent transfer for Cavani, while Chelsea have not been able to complete a loan move either.

However there is still time to get it done and Chelsea will be happy to let Giroud move on, if they can land Cavani first.

Giroud spent six years at Arsenal before switching to Chelsea in 2018, and found the net as the Blues thrashed the Gunners 4-1 to lift the Europa League title in May 2019.