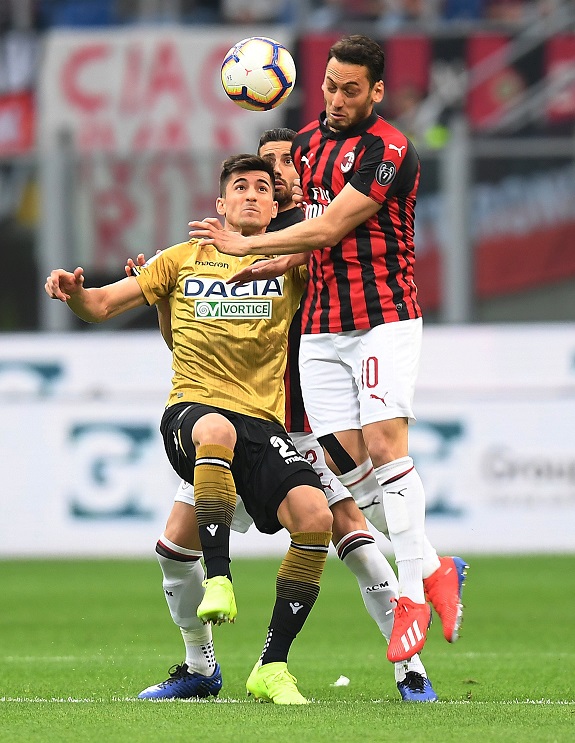 Watford have completed the signing of Udinese winger Ignacio Pussetto until the summer of 2024.

Argentine Pussetto has spent the last 18 months at Udinese, having joined from Huracan in July 2018, and he managed to score five goals from 47 Serie A appearances.

The 24-year-old, who can also operate as a lone striker or an attacking midfielder, leaves Stadio Friuli with the Italian club sitting 12th in the standings, 10 points clear of the relegation zone and five off the Europa League positions.

Pussetto, who started his career out at Argentine side Atletico de Rafaela, has signed a four-and-a-half-year contract and becomes the Hornets’ second signing of the transfer window following the addition of Joao Pedro.

Watford have enjoyed a huge upturn in results since Nigel Pearson took charge, taking 13 points from his six league games at the helm, and Pussetto may find it difficult forcing his way into the first team straight away.

The Hornets climbed out of the bottom three last weekend after beating Bournemouth 3-0 at the Vitality Stadium, extending their unbeaten run to six matches in all competitions.

Pearson’s men, whose FA Cup third-round replay against Tranmere was postponed on Tuesday due to a waterlogged pitch, welcome Tottenham Hotspur to Vicarage Road on Saturday for Premier League action.

Pussetto is unlikely to be included in the squad for Spurs’ visit and he may be forced to cut his teeth with the youth sides for the first few weeks.

The winger joins fellow Argentine Roberto Pereyra at Watford after the latter arrived from Italian champions Juventus in August 2016 for an undisclosed fee.

Argentina international Pereyra is one of several players Pussetto will be aiming to oust from the starting XI, with the likes of club-record signing Ismaila Sarr and Spaniard Gerard Deulofeu also playing in the same position as the new arrival.