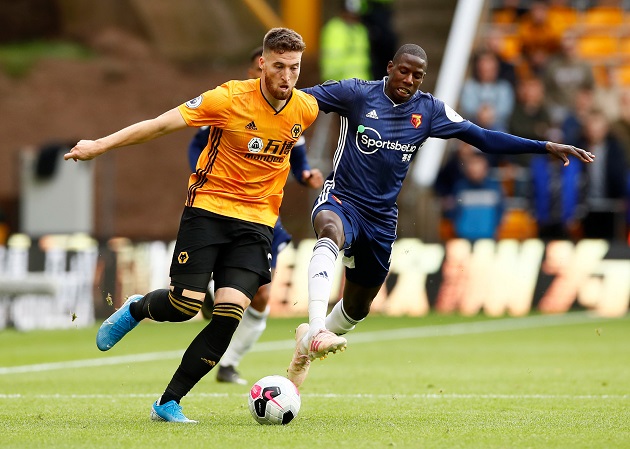 Matt Doherty has urged Wolves to forget about their European heroics and quickly switch focus back to the Premier League.

Rock-bottom Norwich travel to Molineux in the Premier League on Sunday after Wolves’ 4-0 win over Espanyol on Thursday.

Nuno Espirito Santo’s side are on the brink of reaching the last 16 of the Europa League while they are also in the hunt for fifth place in the top flight – and a possible Champions League spot. But defender Doherty wants the squad to remain calm ahead of the visit of the Canaries.

“The second leg now goes to the back of our minds for a while – we want to finish as high as we can in the league and see where that takes us, so now we’ll focus on Norwich,” the Republic of Ireland international told the club’s official site.

“Thursday was the perfect night for us really, with the scoreline and not conceding as well. We said at half-time that it was really important to us to keep a clean sheet, and we managed to score four at the other end as well, so we’re in a really strong position.”

This weekend is Wolves’ 44th game of the season and they travel to Barcelona on Wednesday ahead of Thursday’s second leg against Espanyol. Having started in July at Crusaders in the Europa League qualifiers, Nuno’s side have remained in the hunt for the top six in the Premier League and he believes the players deserve plenty of credit for coping with the hectic schedule.

“It’s always a challenge when you are competing like we have since July, this kind of schedule, always tight,” the Wolves boss said.

The Black Country outfit, who are without Ruben Vinagre due to a hamstring injury for the clash, will be looking to end a run of three games without a win and two consecutive goalless draws in the Premier League when they host the Canaries.