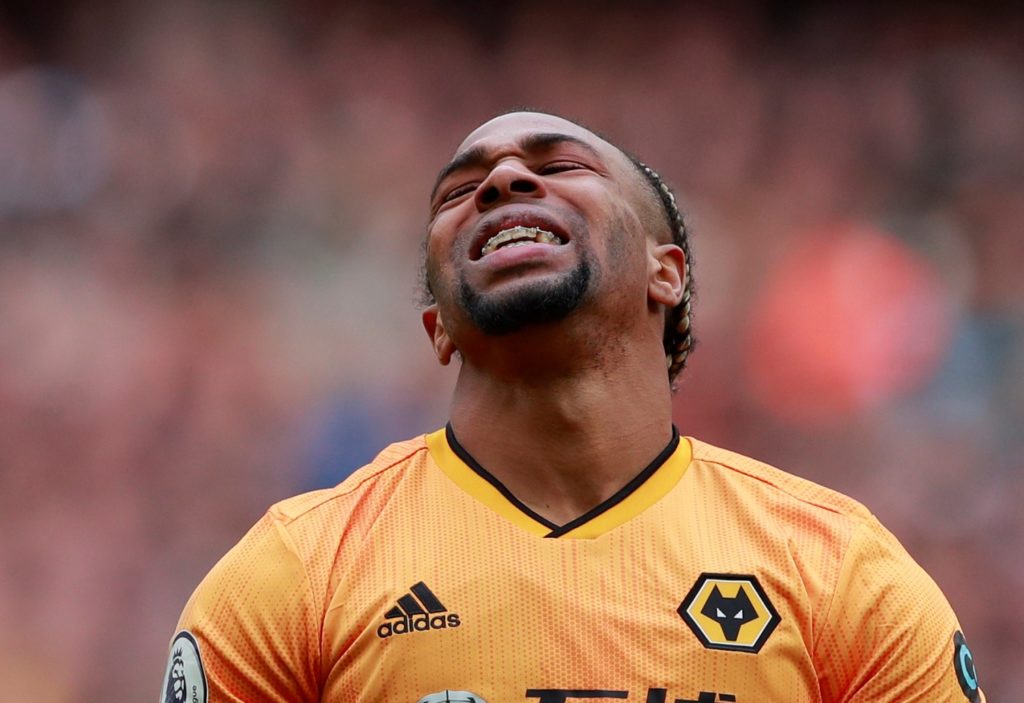 Traore has dislocated his right shoulder three times in his last 17 appearances and concerns are starting to be raised about his long-term fitness as he looks to build on the significant improvement he has made this season.

The most recent injury came in the 3-2 win over Tottenham and is the latest in an issue that has plagued him since suffering a full dislocation during his time at Middlesbrough.

Traore has managed to play his way through the pain and Nuno says he and the medical team have discussed options which they hope will mean that surgery proves to be the “final situation”.

“There are solutions for this injury before an operation,” he is quoted as saying by the Express & Star. “That is what we will try to avoid. There are things our doctor (Matt Perry) is doing to avoid the final situation.”

With it no secret Traore is struggling, opponents are sure to target his weak spot in upcoming fixtures.

While the Spaniard’s muscular frame means he is amongst the strongest around, it only takes the slightest knock to cause a further issue.

Nuno is more than aware of that possibility but hopes gradually strengthening the joint can help avoid further issues, especially as playing while protecting himself will potentially open up the 24-year-old to further problems.

“You cannot avoid that,” he added. “What you have to do is for him to not have a weak spot.”

Wolves are next in action on Thursday when they face Arsenal’s conquerors Olympiakos in the last-16 of the Europa League.

We are now into the Europa League last 16. pic.twitter.com/UgZJtQFkB5

They then travel to West Ham on Sunday before the return game against the Greek champions a week on Thursday.